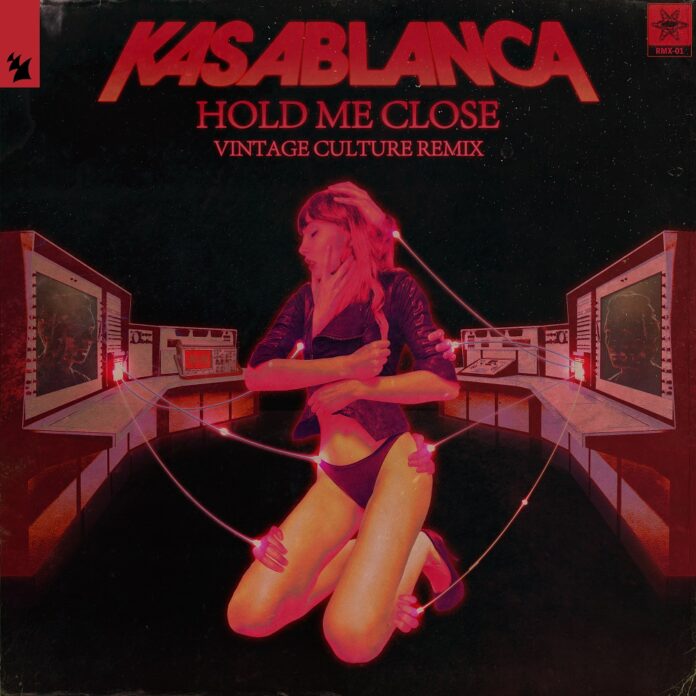 Few acts in dance music are as hot and happening as Vintage Culture is right now. The Brazilian tastemaker has been cultivating a considerable presence within electronic music over the past few years with a slew of singles, collabs and high-profile remixes, and now reinforces his spot alongside the scene’s finest with this fresh take on Kasablanca’s 2020 single ‘Hold Me Close’, which was part of their six-track ‘Human Learning’ EP.

Vintage Culture’s remix of ‘Hold Me Close’ is a cut designed to supercharge the dance floor. With the gliding synths of the original soaring over a delectable mixture of crisp percussion loops, raw bass and radiant piano chords, this rendition shows exactly why the Brazilian hit machine is currently one of the most sough-after creators around.

“‘Hold Me Close’ by Kasablanca is a beautiful song”, Vintage Culture says. “When I first heard it, I was touched by the emotion of the vocals and the lyrics. I’m flattered to remix ‘Hold Me Close’, and I hope you guys enjoy it!”.

Born Lukas Ruiz, Vintage Culture has been on a nonstop adventure since 2008, when he first started tinkering in his bedroom. In the past few years, the Brazilian DJ and producer has been playing sold-out shows to crowds of 30,000 strong at his own Só Track Boa Festival, toured the United States, graced the cover of Rolling Stone magazine, made it onto Forbes’ 30 Under 30 list and went multi-platinum with well over two billion online streams worldwide. In addition to various successful singles and collabs, Vintage Culture’s discography also showcases an ever-expanding array of impressive remixes for the likes of Meduza, Moby, Diplo, David Guetta & Sia, Tiësto, John Summit, RÜFÜS DU SOL and now Kasablanca.