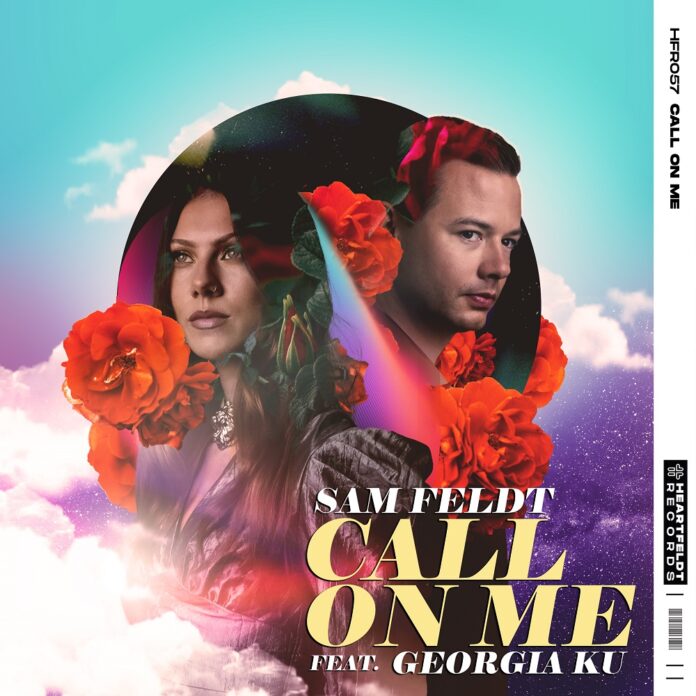 Sam Feldt returns with ‘Call On Me’, his positively charged new single with vocals from praised UK singer-songwriter Georgia Ku. Sam is known by many for his upbeat and colourful productions, but it’s his soft musical touch that truly makes ‘Call On Me’ shine. Georgia Ku dazzles with her catchy, pop-infused vocals, which together with Sam Feldt’s signature melodic house flare make ‘Call On Me’ one of 2021’s most surefire hits.

With over 2 billion streams worldwide, thanks to hits like ‘Post Malone’,’ ‘Stronger (feat. Kesha)’, and more recently ‘The Riddle’, Sam Feldt is certifiably one of dance music’s hottest tastemakers. The Dutch DJ now continues his momentous 2021 by taking his sound back to the road, gracing the likes of New York and Chicago before returning to Amsterdam for his ‘Clean The Beat’ ADE event.

By bringing on the vocal talents of English songstress Georgia Ku, ‘Call On Me’ represents a musical melting pot of the highest caliber. Georgia Ku is a star among stars, having collaborated on tracks with everyone from Martin Garrix and Felix Jaehn, to Skrillex and more recently, Alan Walker. Her aforementioned release alongside Felix Jaehn, titled ‘So Close’, highlighted just how Georgia Ku is the total package, as the single breached the U.S. Top 40, garnered over 300 million Spotify streams, and received a nomination for iHeartRadio’s 2020 ‘Dance Song Of The Year’.

‘Call On Me’ counts as the dreamed soundtrack for the warm winds of fall, although the song is destined to please well beyond that. By effortlessly weaving in the yearning vocals of UK singer-songwriter Georgia Ku, Sam’s latest single highlights a producer sitting at the top of his game.

As the beat progresses, the record dives into a sultry pre-chorus, preparing a jubilant climax and bursting out with an instant feelgood melody—one that’s sure to push the party to the next level. It’s a joyous affair Sam Feldt is letting you join here—one not to me. Find ‘Call On Me’ out via Heartfeldt Records.