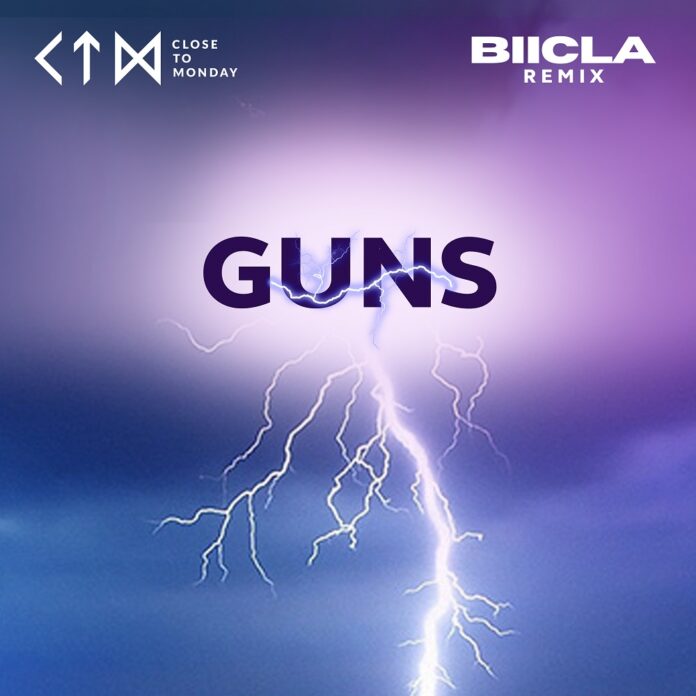 Close to Monday create modern electronic music, with each of their tracks communicating a ‘photo of feelings’ – a ready-made image, a situation reflecting their perception of things happening in the surrounding world and inside themselves, emotional experiences that are familiar to everybody. In 2021, the band released their brand new album Interference, which has been in the top 10 of the German alternative charts for 8 consecutive weeks.

Biicla’s remix for “Guns” comes as the undeniable proof of how music styles can be exploited, so hard, that at so point they cease to exist and become, just pure music , imagination and talent. Having the vocals of ANY from Close to Monday as the main leading musical theme, Biicla just used his talent and imagination to exploit those vocals at the maximum, with his instrumental creating a dreamy, uplifting and a bit sad vibe, the same one that we get in the Monday mornings.

Overall this is without a doubt, a massive release, based on the numbers so far, very underrated. Technically speaking, this remix doesn’t have any flaws, everything flows perfectly from start to finish, with smooth transitions and gentle builups. Enough with the words, let the music speak for itself already ! Listen it bellow and just add it to your favorite playlist, like we did !