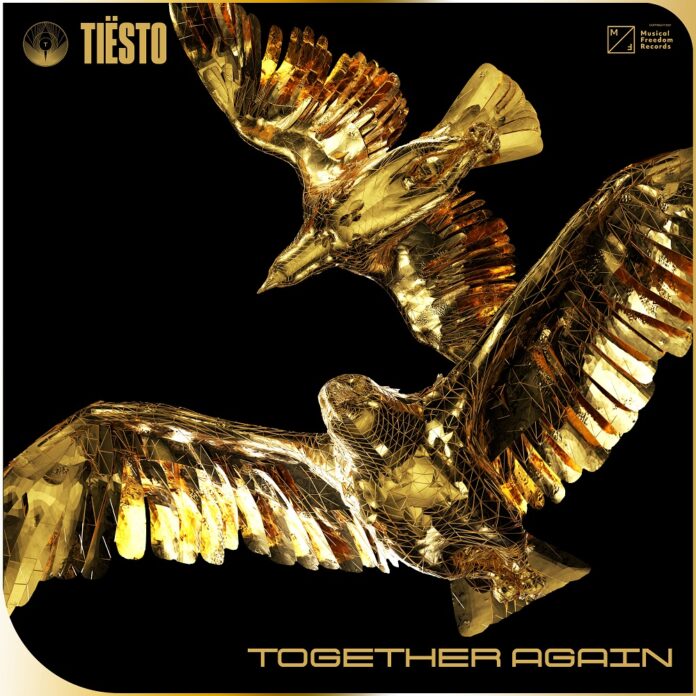 The standout 5-track release is a successor to 2019’s Together but offers a touch of social commentary for 2021’s global club scene— finally, we are Together Again. The EP sees the infamous Tiësto once again churning out banger after banger, dabbling in everything from peak-hour future rave anthems to the new wave of club style tracks.

Following in the footsteps of its predecessor, Together Again unveils both Tiësto led originals and showstopping collabs alike, highlighting the talents of rising stars like Lucas & Steve, Ummet Ozcan, Tomhio, and Killfake along the way. With the tracks being festival tested and approved since returning to live events, Tiësto is ready to once again set the agenda for dance music’s latest cutting-edge sound.

In the days when everything is becoming non-fungible, Tiësto’s newest EP is surely not one to miss.

Most recently, Tiësto and multi-platinum superstar Karol G made history with their collaboration on “Don’t Be Shy”, marking the first English song ever forKarol G, as well as her first foray into dance music. It also celebrates the first Latin Artist collaboration for Tiësto. The song has amassed203 million streams to date worldwide! Listen to the hot track here!

Tiësto released an additional video for the track last month­- watch it here!The video stars Comedian, Blake Webber and Tiësto, and is a second take on the original music video which was shot in Miami, FL, directed by the phenomenal Director Christian Breslauer. The official video has already garnered over 77 million views! It takes place at a very special museum, full of surprises, and features an intoxicating dance performance by the stunning Karol G. Watch it here!

“Don’t Be Shy” is the second from Tiësto’s partnership with Atlantic Records.  It follows the September 2020 release of Tiësto’s multi-platinum Global hit,“The Business”, which is now certified Platinum in the US and has garnered over 1.1 Billion streams to date! The song debuted in the top 10 in 10 countries upon release, reaching #1 on the US Dance Charts. The official music video for “The Business” has clocked over 149 Million views on YouTube alone, thus far!