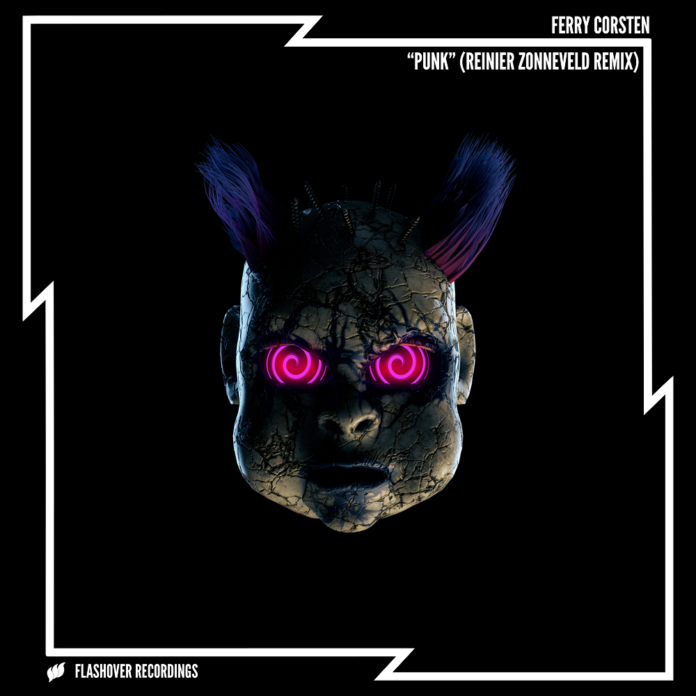 Legendary producer Ferry Corsten has been responsible for a myriad of timeless tunes throughout the years, but few come close to the cross-genre impact his 2002 single ‘Punk’ has had. Achieving chart success in both the U.K. and the Netherlands, the record became the first-ever track released by Ferry Corsten under his own name and went on to become a chantalong crowd favorite across the dance music realm. And now, almost two decades after the song’s original release, none other than Reinier Zonneveld unleashes a searing techno remix of the acclaimed classic.

“It’s a big honor that Ferry Corsten asked me to remix ‘Punk’, one of his hits”, Reinier Zonneveld says. “I’ve been playing this remix in my live sets for the past couple of months and it has been a guaranteed dance floor bomb. I’m super excited that it is finally out there!”

“It’s great to see that this track is still rocking it in whatever form you shape it”, Ferry Corsten adds. “Reinier gave it his signature techno makeover and it rocks any floor you throw it at. I’m very happy with what he has done.”

One of the best-selling techno producers of the moment, Reinier Zonneveld has taken over the contemporary scene with his unique view on techno. Highly respected for his powerful live performances at key festivals and sold-out club shows across all continents, the Dutchman runs leading techno label Filth On Acid, did not one but two official remixes for electronic legend Moby, and is notorious for playing unforgettable all-nights sets, such as his astonishing twelve-hour performance at ADE 2019.