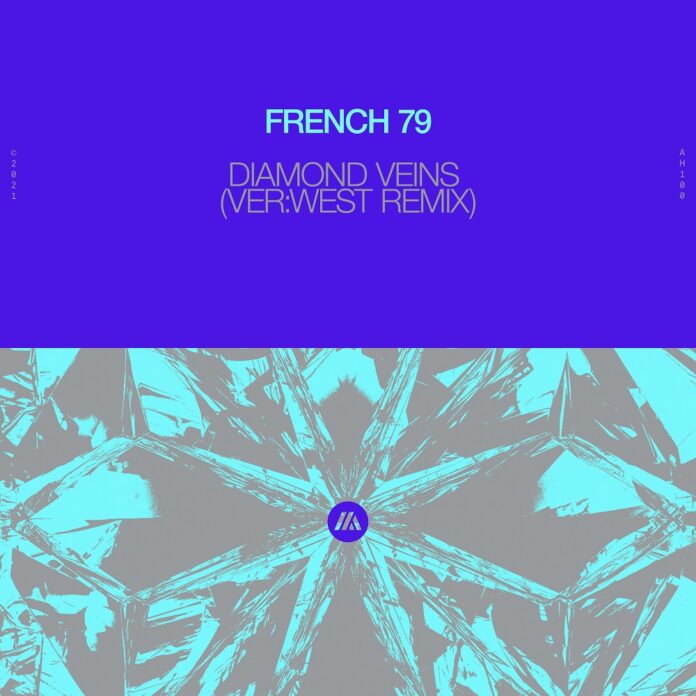 Following on from its original release five years ago, French 79 gets a killer VER:WEST rework of Diamond Veins – out now on AFTR:HRS.

Since it’s release, Diamond Veins has surpassed 21 million streams and been remixed by some of the biggest heavyweights in the scene. Now joining the likes of Kid Francescoli, Dj Oil, BLOWSOM, Dawad & Mokic and You Man, VER:WEST is next to put his spin on the original under his alias, VER:WEST.

Kicking off the new artist project with the release of 5 Seconds Before Sunrise last year, VER:WEST AKA Tijs Michiel Verwest saw the producer return to his roots in the sound of deep house. He recently followed up with ‘Elements of a New Life’. His debut at Tomorrowland 2020 Digital Festival pricked the ears of the circuit and his early fans, before his Spotify went onto boast over 300k monthly listeners in less than a year later.

Known for a more melodic house style under this moniker, VER:WEST transforms Diamond Veins into a club stomper. Featuring additions of oscillating basslines, shimmering snares and driving kicks, this deep house delicacy is far from the synth-heavy original and makes for the perfect accompaniment for clubs opening their doors once more.