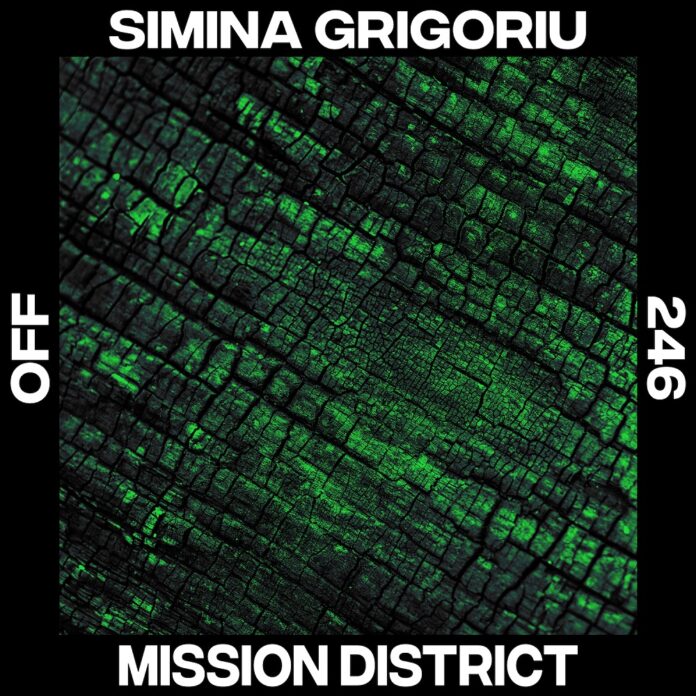 All things considered, it’s been a rather productive year for Simina Grigoriu. Following the hugely successful roll out of her Techno Monkey remix album (Volumes 1 & 2) and an impressive run of additional releases on the likes of Octopus Recordings, ELEVATE, Prospect Records and her very own Kuukou Records, the ever-prolific Berlin-based talent now continues her fine run of 2021 form with the announcement of her immense new Mission District EP.

Out now via OFF Recordings, the killer two-part EP marks Simina’s eagerly anticipated return to Andre Crom’s esteemed German imprint, following her huge debut back in October 2020 with Sandbox Wars. Delivering another veritable masterclass in immersive, forward-thinking techno, this latest offering is the work of an exceptionally talented artist who is quickly making a name for herself as one of the most promising talents on the European techno circuit.

Igniting the double-sided cut with the juggernaut title track Mission District, Simina goes all-in from the off, delivering an uncompromising blend of rolling big-room grooves, driving synths, washed out vocals and exquisitely layered drum samples. On the flip, the Kuukou label boss demonstrates her distinctive production versatility with the equally impressive Incinerate, building an array of melodic basslines and trippy atmospheres, to close out the EP in emphatic fashion.