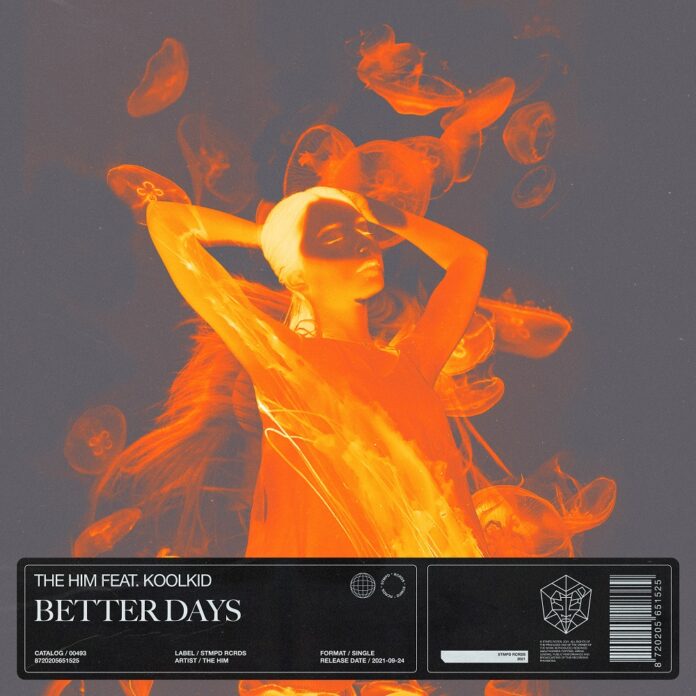 The Him has teamed up with KOOLKID for his STMPD RCRDS debut that goes by the name of ‘Better Days’. Bringing back some of the classic The Him piano sounds, the track talks about coming back from your struggles and challenges and moving onwards and upwards to the better days.

Collaborating fully online with three other writers, ‘Better Days’ will be the first The Him original with the beloved classic piano sound that was used in a lot of their remixes.

Hailing from the dance capital of the world, Amsterdam, The Him began in 2015. What started with monthly bootlegs soon turned into serious hits with originals like “Feels Like Home” and “I Wonder”, both with over 25 million streams on Spotify alone. The Him has remixed some of the biggest artists in the world to much acclaim like The Chainsmokers, Martin Garrix, Tiësto, Miley Cyrus and Kygo.