The official music video for ‘Fighter’ is here via Effective Records/Sony Music Germany/RCA Records. The song brings together the multi-platinum, Grammy awarded producer/DJ Imanbek and singer-songwriter LP, who wrote hits for pop superstars like Rihanna, Cher and Celine Dion before she finally conquered the charts and radio in 18 countries with her songs such as ‘Lost on You’.With ‘Fighter’ producer/DJ Imanbek and singer-songwriter LP release their first single together: A healing hymn for all fighters who look back on a failed relationship – and still do not lose hope.

An explosive galactic opera, the official music video for ‘Fighter’ features LP as a battle-tested woman warrior at the heart of the action in which the fate of her mission hangs in the balance. Using Unreal Engine 4, the world’s most powerful real-time 3D creation platform, Sensorium Galaxy provided the animation for the music video, generating an ultra-realistic representation of LP inside a virtual world.

This latest partnership with Imanbek and LP is the latest in a line of recent collaborations from Sensorium Galaxy with notable acts that include Dimitri Vegas & Like Mike, Armin van Buuren, Carl Cox, and David Guetta. 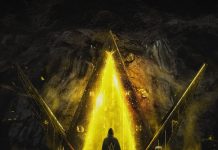 Alan Walker has dropped the first instalment of his upcoming album “Walkerverse Pt 1” out now via Sony Music!