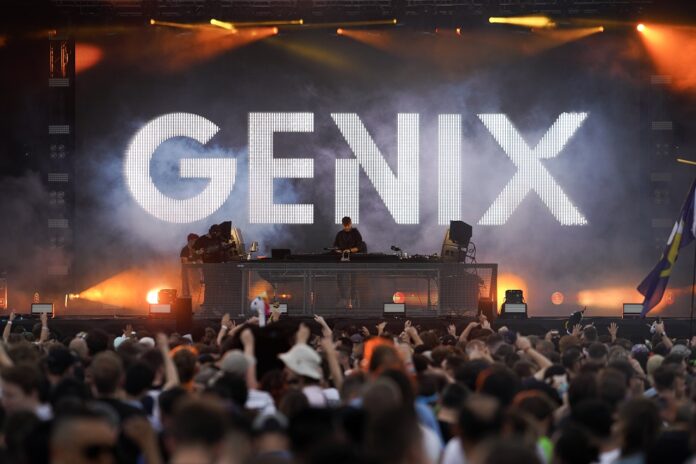 A love letter to rave culture, ‘199X’ is the debut artist album from Anjunabeats stalwart Damion ‘Damo’ Houchen, also known as Genix. ‘199X’ is winning strong support, including from an impressive range of DJs including Diplo, Carl Craig, Joseph Capriati, Oliver Heldens, Joyce Muniz, Armin Van Buuren, and Above & Beyond.

Raised on The Chemical Brothers, Leftfield and Chicane, Genix has anchored his life to ever-evolving sounds of dance music. Based in the U.K., he became a resident DJ and promoter for The Emporium nightclub in Coalville, a legendary Midlands clubbing destination that hosted parties for John Digweed to Tiesto.

“I started to fall in love with dance music during the 90s as a young teenager. My mum used to listen to the likes of Nightcrawlers, Leftfield, The Prodigy and more on our holidays. Those sounds will always be a part of my love for dance music. I think they’re timeless and you can hear a lot of their influences in my productions today.

As a young DJ I spent every single penny I had on vinyl. I would often get on the bus to different places to go record hunting. Those were really magical times and they’ve shaped my sound as it is today.”

Those early musical memories and Genix’s 15 years of engineering and production experience have culminated in ‘199X’:16 tracks of chillout, house, techno and trance that harken back to the 90’s and early 00’s heyday of dance.

There’s blissed out breakbeat on ’Until I Find You’ and ‘I’m Awake’, both featuring Australia’s JVMIE; sun drenched piano house with Towera on ‘Be Free’; reverberating and cavernous trance on ‘Numb’ featuring the U.K.’s LYCA. woven between are high energy techno and trance floor fillers.

The LP is a departure from the sound Genix is best known for. Through the late 00’s and 2010’s, Genix was known for his textured, melodic trance production, and caught the ear of Armin van Buuren and Paul van Dyk, securing releases on both Armada and Vandit. Genix arrived on Anjunabeats in 2010 and immediately became a mainstay in Above & Beyond sets with tracks like ‘Aura’, ‘Destinations’ and ‘Black Water’ (with regular touring partner Sunny Lax).