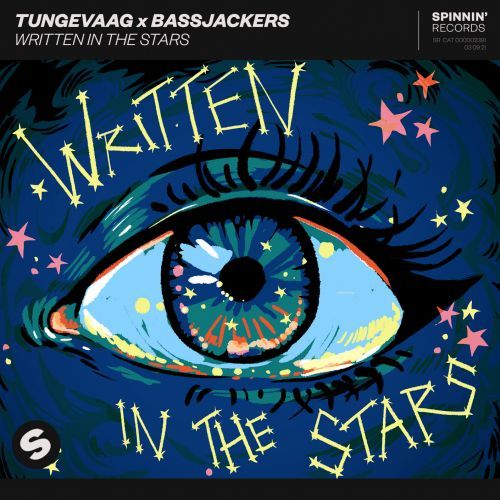 Following his successful collab with Spinnin’ golden boys Lucas & Steve earlier in the summer, Norwegian DJ/producer Tungevaag now teams up with another high praised Dutch duo, Bassjackers. The result is the aptly titled, ‘Written In The Stars’, a single that brings both acts’ strongpoints together in a singular blaze of festival energy. Make way for a riveting record that unites Tungevaag’s fresh melodic approach with Bassjackers’ timeless big room drops – out now on Spinnin’ Records.

So, a very promising teamup as these heavyweights release their collab single ‘Written In The Stars’. Call it an astral projection of melodic wonder, this new tune has everything that fans want from a late summer dance hit— playful synths, anthemic vocals, and a pounding house beat.

Tungevaag clearly explores his modern, renowned rhythmic melodies, building tension with moody chords and emotionally driven vocals towards a fist in the air chorus, making way for a raving drop that comes courtesy of Bassjackers’ ever impressive production work. The guys bring raw synth stabs across the song’s melody, ultimately unleashing them with indestructible big room beats to pump up festival crowds worldwide.

‘Written In The Stars’ is a record you’ll feel deep into your bones. A very effective DJ weapon as well as a streaming monster that will highlight any playlist. Wherever you are, you’ll be dancing to this one, as Tungevaag and Bassjackers cross genres with a very fitting 2021 dance anthem—one that brings the festival vibes straight to your door.