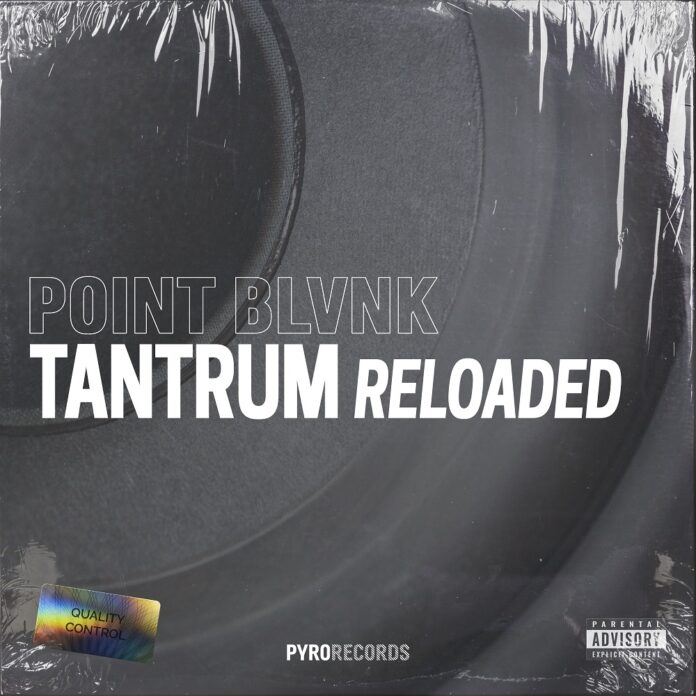 Based out of Hamburg, Germany, POINT BLVNK started as a graffiti writer and Hip Hop DJ and turned into a DJ/producer within the world of electronic music. The 6’6“ guy is about to drop his latest tune on his own imprint PYRO Records and this massive festival anthem with its huge blast of energy was only designed to lift you up instantly. Tantrum has been played by artists such as Afrojack, Alan Walker, Quintino, VINAI, Firebeatz, Yves V and Blasterjaxx. “Tantrum Reloaded” will be released on June 18 on all DSPs and download platforms.

POINT BLVNK earlier collaborated with artists like Azzido Da Bass, toured as a DJ for more than 15 years, played festivals like Parookaville and remixed guys like Joachim Garraud and others.

The new tune from POINT BLVNK is nothing short of a killer festival banger with it’s powerful bass lines and crispy synths, before descending into the madness of the drops featuring diverse leads and basses influenced by both electro and big room house. The structure of the track is great and the energy is at peak time all throughout it thanks to the varied sounds and the excellent drumbeat and percussion. The buildups are powerful and ensure the transitions between different sections of the tune are smooth and the whole track feels cohesive overall.

Overall, the final conclusion is that after 1 minute of listening, I realized that his track sounds actually great from all aspects: mixdown and master, complexity, structure, attention to details and so on. Also, what I liked even more about it was the fact that it’s a mixture of genres, from bass house and electro till mainstage with slight old school house vibes in it. And yet “Tantrum Reloaded”, despite this mixture it flows perfectly from start to end. Great job man, top tune! Check it out bellow and let us know what you think !