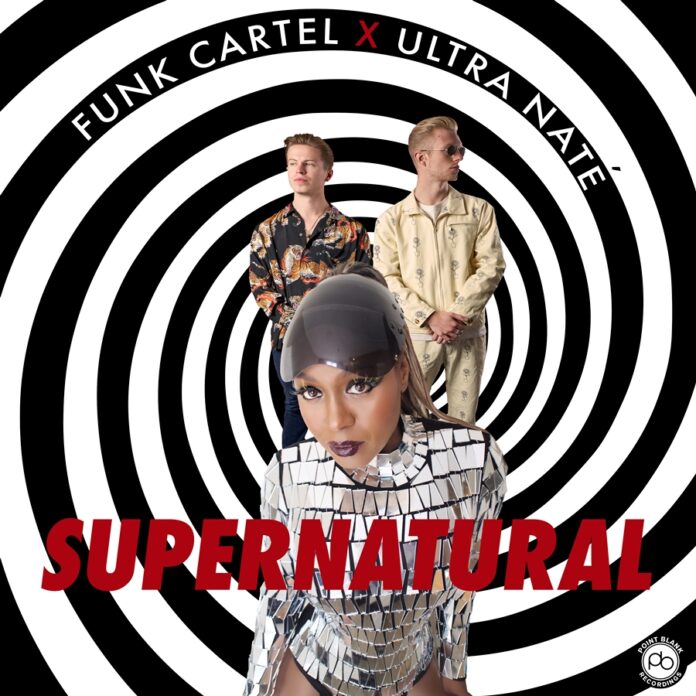 Fast rising house duo Funk Cartel team up with the legendary Ultra Naté on the feel-good anthem ‘Supernatural’, released on Skint Records on 16 July, which is guaranteed to brighten up even the darkest day.

Ultra Naté said: “‘Supernatural’ is being released at a moment when the world needs this kind of energy and departure from the difficulty we’ve endured in isolation. For me, ‘Supernatural’ has a sing-a-longable quality that lifts the spirits and welcomes everyone back to the dance floor with open arms.”

Funk Cartel said: “The backing track to Supernatural played an influential role in the start of our career and to have the legend that is Ultra Naté grace it with her vocals only makes it more special to us as a record. We hope the track spreads positivity to everyone that hears it bringing happiness as we start to come back together this year.”

The iconic Ultra Naté was ranked as one of Billboard’s “Greatest of All Time” dance artists. A world-renowned singer, songwriter, DJ, producer, label owner and promoter, Ultra Naté has toured the world extensively, released numerous albums and several international hits, including the #1 ‘Free,’ ‘It’s Over Now,’ ‘Rejoicing,’ ‘If You Could Read My Mind,’ ‘Automatic,’ ‘New Kind Of Medicine,’ and ‘Found A Cure’.