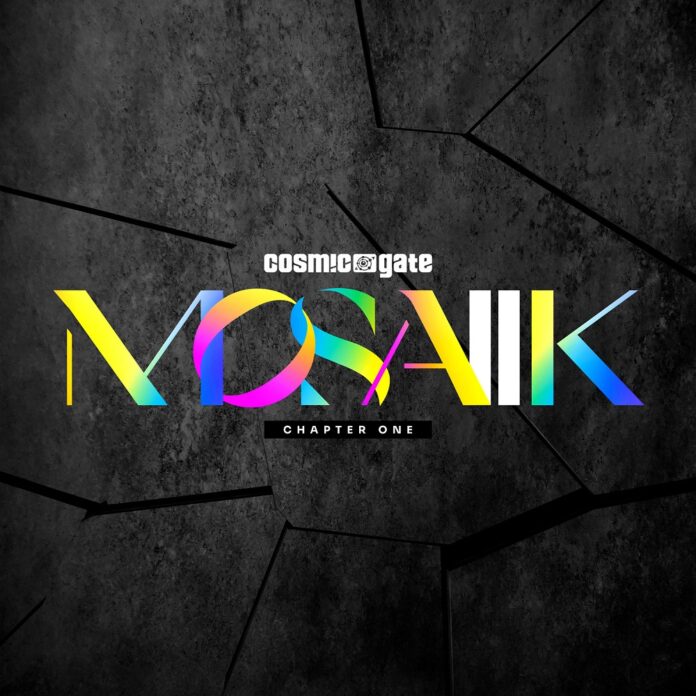 On August 20, Cosmic Gate will release the first stage of their hotly anticipated new artist album. Trailed throughout the early parts of 2021 by vanguard single releases and stunning livestreams, ‘MOSAIIK’ will platform nine sensational cuts from the GRAMMY nominated duo.

From its earliest stages, ‘Chapter One’ has already brought some shake-up moments, not least its launch single – the deeply soul-searing (and streamed-to-infinity) Diana Miro-sung ‘Blame’. Since have come some eye-popping Miami & Mexico-based rooftop performances and the floor-fiery (and downright Dreamstate smashing!) ‘Feel It’, all of which underscore CG’s “Forward Ever, Backward Never” maxim.

To ‘MOSAIIK’s first Chapter will also come a second Diana Miro-voiced lightning strike, with the moodsome and more trance-slanted ‘Nothing To Hide’. There are also long overdue reteamings with Mike Schmid and Julie Thompson – singers who’ve respectively featured on CG’s ‘Start To Feel’ and ‘Materia’ albums. Needing little by way of explanation, Mike’s ‘Summer Wonder’ is a cheer to the season at hand, while Julie’s figuratively thought-provoking ‘These Dreams’ brings ‘MOSAIIK’ cooler raptures. The album also carries Nic & Bossi’s mainstage-minded singles ‘Universal Love’ & ‘Your Mind’, as well as the less vocal-led, more progressive, but every bit as club-rubbed ‘Vertigo’.

Giving you the best of possible ideas as to what Nic & Bossi have in store, you can preview all the cuts that comprise ‘MOSAIIK Chapter One’ now, here (blackhole.lnk.to/mosaiik1). Across all digital formats, the album is ready to pre-save or pre-order from today (with a CD edition set to follow with ‘Chapter 2’). So you can ensure you’re amongst the very first of the first to hear one of the albums of the summer.

Pure house vibes from DROZE newest release out on GONNA BE MUSIC !

Pure house vibes from DROZE newest release out on GONNA BE...