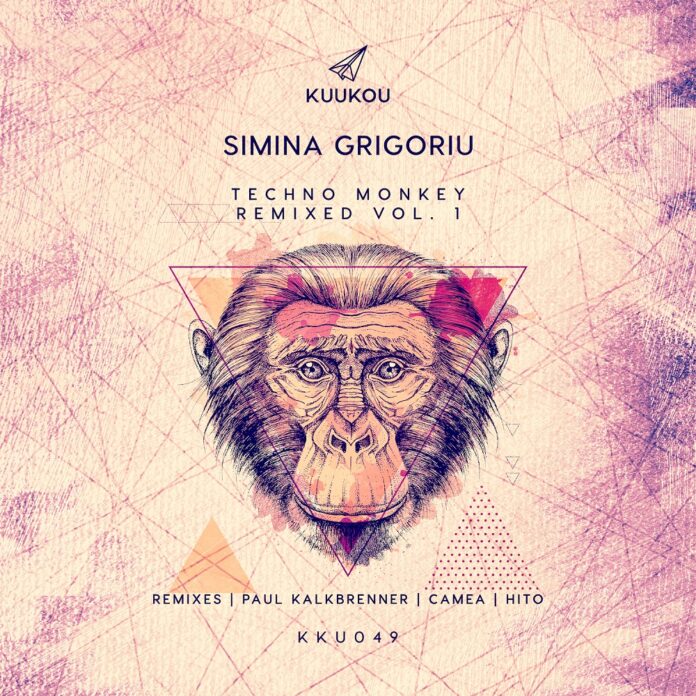 Almost exactly five years to the day since her critically acclaimed Techno Monkey EP first did its damage across international airwaves and packed, sweaty warehouses, Berlin-based artiste and Kuukou Records label boss Simina Grigoriu now breathes fresh life into one of the most iconic records in her expansive career discography, as she announces a Techno Monkey remix project of colossal proportions.

Over the course of this year, Simina and the Kuukou Records team will be releasing a total of nine huge remixes of the 2016 original, brought to you by a carefully curated selection of the most exciting names in electronic names, new and old. Out now, the campaign launches with the first star-studded EP, which comes complete with an eclectic trio of contributions from electronic music royalty, Paul Kalkbrenner, American techno maven Camea and Kuukou Records favourite, Hito. Introducing Techno Monkey Remixed Vol. 1…

Inaugurating the three-pronged package is the man himself, Paul Kalkbrenner. A true legend of electronic music and the mastermind behind timeless global chart-topping hits including Sky and Sand, No Goodbye and Parachute, the internationally lauded Berlin Calling icon commences proceedings in true Kalkbrenner style, as he takes us on a hypnotic seven-minute journey across an up-tempo landscape of driving rhythms, expertly layered textures, and ethereal undulating timbres.

Next up to the plate is US-born, Berlin-based techno sensation, Camea. With an array of diverse releases clocked on the likes of Bpitch, M_nus, Plus 8, Get Physical, Clink Recordings and her very own Neverwhere over the course of her esteemed fifteen-year career, the über-talented artists finally makes her long-awaited debut on Kuukou, as she re-paints Grigoriu’s original with her own frenzied palate of dystopian, sci-fi electronica.

Last but by no means least, and making her eagerly-anticipated return to Kuukou Records, is Japanese icon and Model1 ambassador, Hito. Still riding high off the back of her massive label debut in October 2020 with Kobe, the prolific producer and Watergate regular rounds off Volume 1 in immaculate style as she delivers a slick amalgamation of punchy percussion, growling bass and trippy samples for her playful Hito’s Monkey In The Jungle Remix.

Speaking about the project, Simina commented:

“I love that this project has come to fruition—it’s been a long time in the making. My original Techno Monkey track was part of the first EP I released on Kuukou six years ago. I was a bit wary of releasing nine different remixes of my original but I was also excited to see what everyone would do with it. Each artist has brought his or her personal flavour to the project and I’m super excited to share this with you guys!”