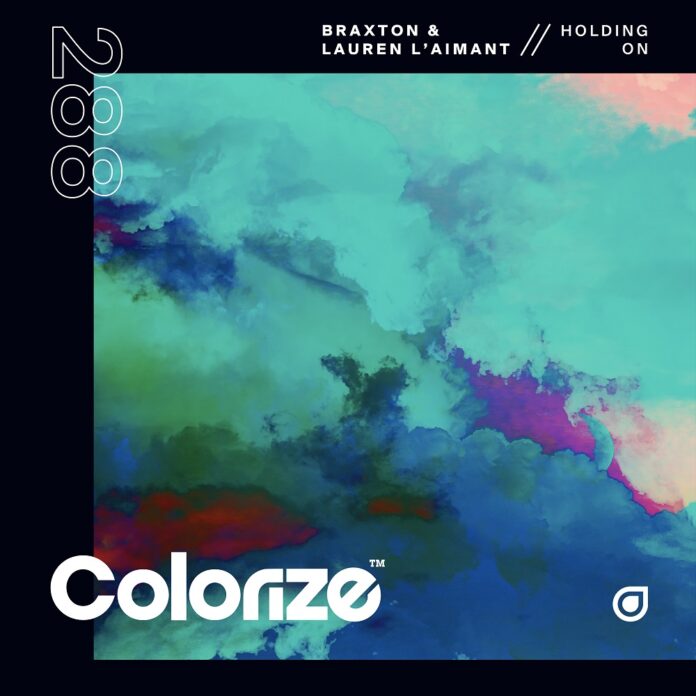 Acclaimed Producer & DJ Braxton teams up with renowned Singer/Songwriter Lauren L’aimant on the deep and powerful ‘Holding On’, released on Colorize.

Returning to Colorize following 2020’s ‘Clockwork’ EP, on ‘Holding On’, Braxton showcases his impressive production to deliver an atmospheric track made for peak-time dancefloors. Lauren L’aimant’s stunningly poignant vocal works perfectly with the intense, throbbing beats and pulsating basslines which build to a euphoric finale.

‘Holding On’ was produced with the re-opening of clubs in mind and the return to better times. Braxton says: “I’d been stuck indoors, desperate to write music for dark and sweaty clubs. Then Lauren came along, and we decided to create this track together. I think we made something that’s important. The last 18 months have been incredibly tough for a lot of people. We’ve all got so much good stuff to get back to, it’s almost time to dust ourselves off and get out there again – have a dance, have a cuddle, listen to some bangers.”

Lauren L’aimant said: “‘Holding On’ tells the story of addictive love – the kind that consumes and brings you to your knees. I wrote the lyrics when I was caught up in a narcissistic relationship, with little strength to retreat. Braxton’s slick production connects with those words, using music to embody the deep, dark journey I embarked on, through a less beautiful side of love.’

UK Singer/Songwriter Lauren L’aimant has fast become a recognized name in the dance music scene, having performed worldwide alongside acts such as Icarus, Rüfüs Du Sol, Cubicolor, Lane 8. Using her experiences in life and love, Lauren creates songs that are relatable, soulful and heartfelt. Her writing talents have seen her release records with respected labels including Anjunadeep, Toolroom, Nothing Else Matters, Colorize, Champion Records, and Love & Other. You can stream or download “Holding On” here .