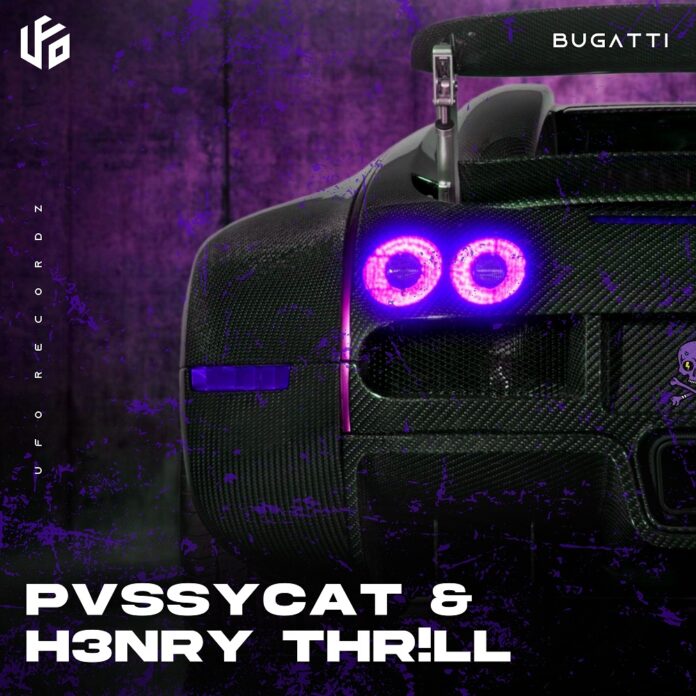 Just like its low-riding titular muse, ‘Bugatti’ flies close to the ground, centred around voluminous bass drops irreverently licked by sweeping and sinking synth sections. Both artists bring their trademarks to the fore: Thr!ll amping up the energy in the lower sections, PVSSYCAT with his predilection for expansive filters and FX that slink in and around the track’s core rhythm. Add in a simple, repetitive vocal line and ‘Bugatti’ turns into a hypnotic, throbbing cut that sucks you into its slipstream.

London-based PVSSYCAT successfully marries underground techno styles with the commercial side of pop and disco, creating modern house records that have seen him become one of UFO Recordz’ most consistent acts. Based in DC but soon to move to LA’s vibrant music scene, Thr!ll’s name has been on the ascendance over the past two years. From an erstwhile 16-year-old newcomer to a highly regarded artist within the next wave of Stateside talent, his music has scored praise from the likes of A-listers Don Diablo, Lost Frequencies, Zonderling, Anna Lunoe, Oliver Heldens and more. With the US club scene beginning to  open up, fans of the young star may get to see the live Thr!ll Seeker experience they’ve been clamouring for sooner rather than later.