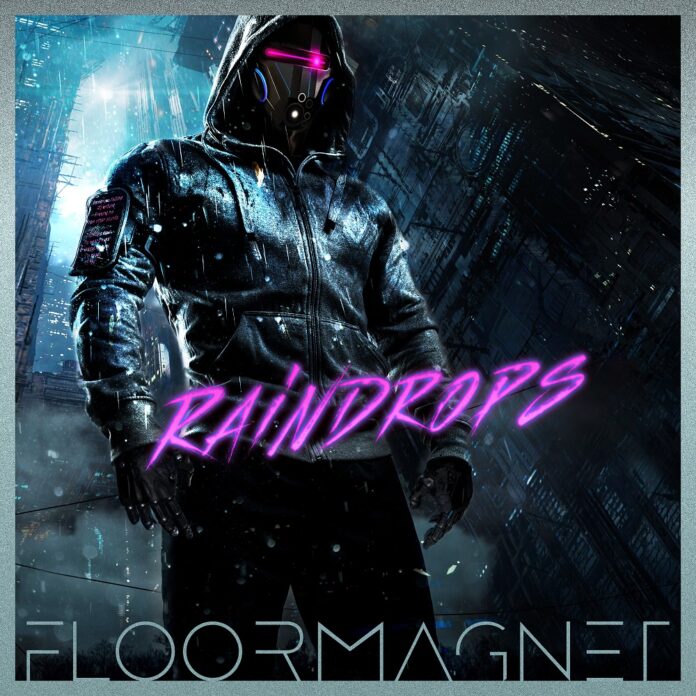 ‘Raindrops’ presents a dystopian soundscape with haunting vocals and brooding basslines, reminiscent of Kraftwerk’s ‘The Robots’. ‘Raindrops’ displays Floormagnet’s roots with experimental sounds and their love for blending different styles of electronic music. ‘Raindrops’ will be released as two versions – the original mix and an alternative bass mix which takes on an even more intense and mysterious sound.

Floormagnet are five experienced electronic producers from Stockholm, Sweden whose different backgrounds create a unique combination. Rooted in the underground, Floormagnet let ideas flow freely by pushing boundaries and develop their own characteristics and captivating sounds. Inspired by the Swedish addictive nature, the intense darkness and light, along with its vulnerability.

Floormagnet’s debut release ‘Boom!’ featured a remix from Swedish multi-platinum Grammy-nominated DJ and producer Zoo Brazil. This was followed by ‘Feel Me’. Floormagnet are heavily influenced by the pioneers of electronic music, especially around 1976-1982, that moved on to house, acid, techno, and other subgenres. The music profoundly touched their hearts with the composition, rhythm, melody, timbre, and the tension between predictability and spontaneity.