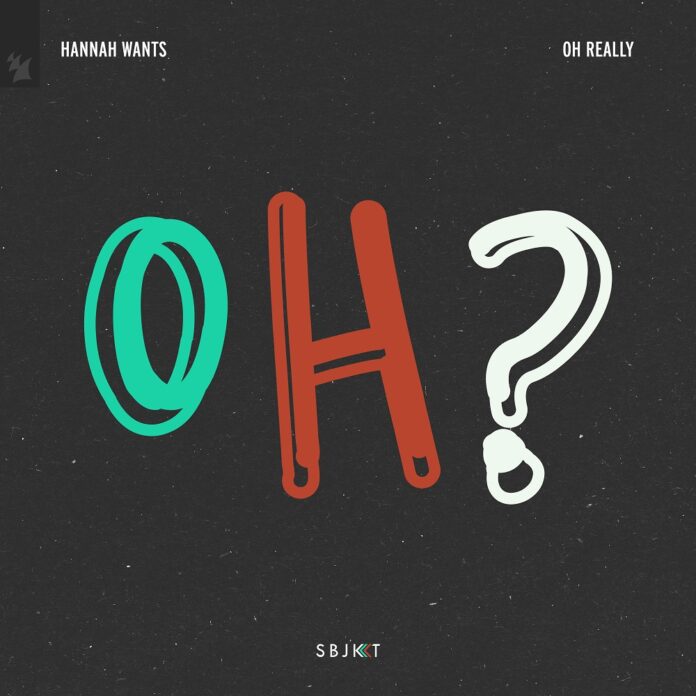 Around six months after releasing her remix of Felix’s ‘Don’t You Want Me’ on Armada Music, U.K. production starlet Hannah Wants returns to the Amsterdam-, New York- and London-based record label. Going by the name of ‘Oh Really’, her first-ever solo single on the label sets the bar high not only as a killer house production, but also as the first in a series of four tracks that will be released on the internationally acclaimed dance music label this year.

Hannah Wants: “I’m super excited to be releasing Oh Really with Armada… this is a track that was tried and tested in the clubs and on dance floors pre COVID and now, with some light at the end of the tunnel (finally!) re: being able to rave together again soon, it’s the perfect time to drop it! It’s vocal heavy, it’s groovy and I hope you love it!”

Hannah Wants has been on a wild journey since her professional DJ career took off in 2010. The English DJ and producer has become one of the brightest stars in the global electronic scene with a loyal fan base and dedicated touring schedule that continues to flourish on a worldwide scale. Prior to the Covid restrictions coming into place, 2020 saw Hannah headline her own What Hannah Wants tour across the U.K. Hannah has also been busy releasing music; she released her ‘The Ish EP’ on her own imprint last year and also saw the legendary Carl Cox remix her track ‘Call Me’ featuring Kevin Knapp. ‘Oh Really’ is her second solo single of 2021, following on from ‘Lift Off’ featuring Nathan Nicholson.

See also  Black V Neck Gets Loopy on Their Dynamic 2-Track Tech House EP 'Rewind It Back' on Insomniac Records!