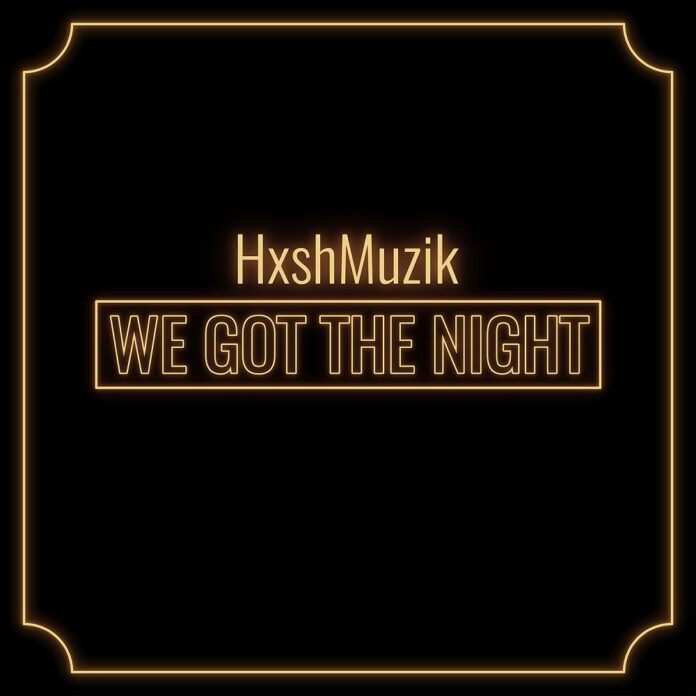 One of 2021’s exciting new talents, South London singer-songwriter HxshMuzik presents his debut track ‘We Got The Night’, co-produced with Richard Bahericz and released on Hush Music Group.

The euphoric, piano infused ‘We Got The Night’ is the perfect way for HxshMuzik to announce his arrival and secures his reputation as ‘one to watch’ over the coming months. An vibrant tale of love at first sight which will hopefully fill dance-floors very soon, ‘We Got The Night’ is about meeting someone and having an instant chemistry, the like-minded possibilities of the unknown leading to a night of lust and misadventure.

‘We Got The Night’ is co-produced by the acclaimed Richard Bahericz who has worked with such A-List artists as David Guetta, Nicki Minaj and Jason Derulo. Richard Bahericz’s slick production style and explosive beats, mixed with HxshMuzik’s smooth R&B vocals, perfectly capture the feelings of passion and excitement, to deliver a stunning debut single.

HxshMuzik is an artist, producer and song-writer from South London. Heavily influenced by Soul, R&B, Reggae Dancehall, Hip Hop and Pop, his catchy melodies and smooth vocals help to define him as a man in his own lane.