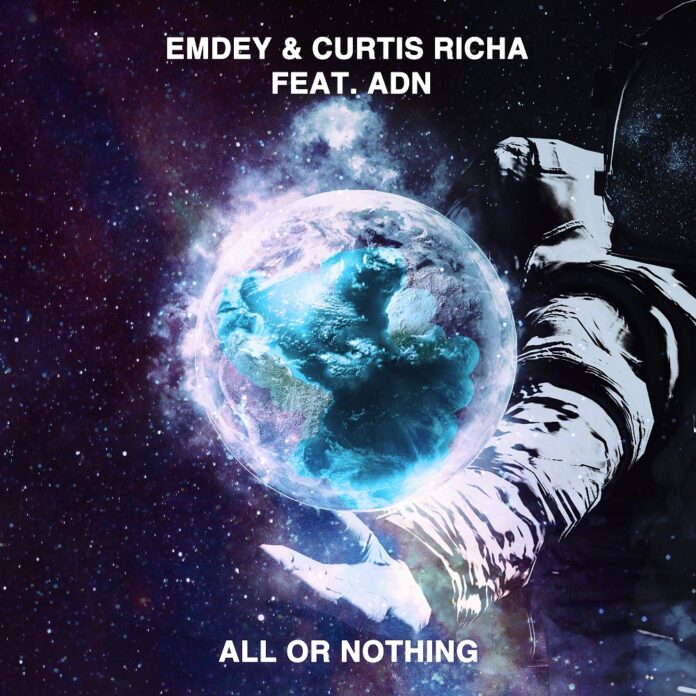 Fresh from recent succesful collaborations with Mount on his hit “Venus” and his latest standout remix for Justn X’s and Mount’s track “Closer” (both released on Virgin Records Germany), Emdey has been on a wicked pace in establishing his name as on the frontrunner in the “Dance Music” genre.

With notable collaborations on Armada Music and remixes for Universal Music, Warner Music and Sony in Germany,  this Hannover, Germany based producer has now joined in collaboration on “All or Nothing” with multi-platinum songwriter/producer, Curtis Richa, who has previously collaborated with major artists including Jennifer Lopez, Rihanna, John Legend, Craig David, David Guetta, Disciples, Hardwell and Tiësto to name a few.

“All or Nothing“ also has a vocal feature performed by multi platinum singer/ songwriter/ producer ADN who has collaborated with massive KPOP bands such as BTS and SHINee  as well as been featured on major dance releases such as “Get Up” by Adrenalize and “Collide” w/ Lemarroy.

This house pearl clearly sounds like a very solid production, with dynamic and punching piano lines, completed by the amazing vocal lines and warm layered synths. The drop part comes with a solid bass line and a pumping groove, just like it should be, perfectly combined with vocal chops, to increase it’s energy and flow.

The release package includes a short radio edit and extended mix from Emdey. The song and it’s lyrical content also lends itself to youth based marketing & ad campaigns with gaming, clothing  sports & lifestyle brands. This new release is distributed globally by Munix Music/ Kontor New Media and it can be streamed below or purchased here: