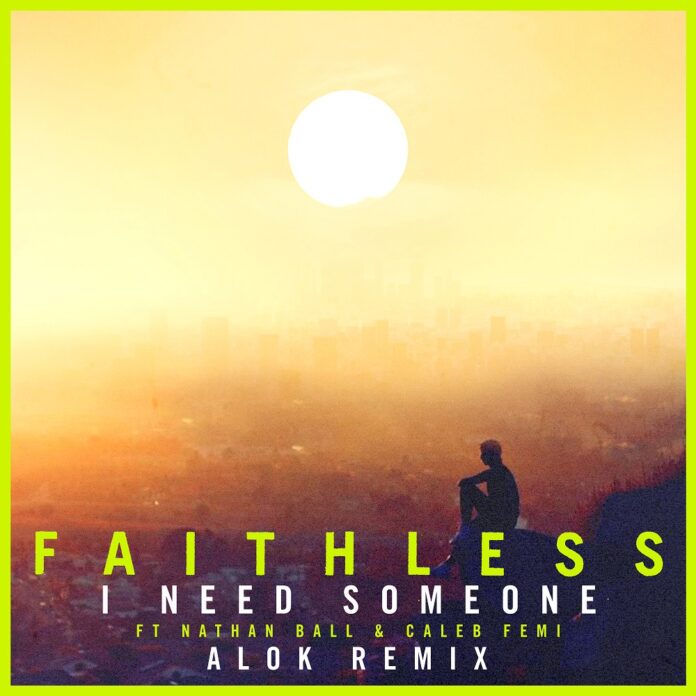 On Alok’s remix of ‘I Need Someone’ Faithless said: “Brazilian beats master Alok delivers a tasteful pumping house remix, putting the emotive Nathan Ball vocal centre stage. With its hypnotic synth pads, and deep brass stabs creating an epic atmosphere, this remix is destined to be the peak track of DJ’s sets across the board.”

In a history that stretches back some 25 years, Faithless have long occupied a pivotal position in the world of British electronica. Marrying elements of house, trip-hop, dub and a songwriting flair into arena-filling explosive, euphoric sounds.

Their accomplishments tell their own story: seven Top 10 singles, six Top 10 albums (three at Number 1), a Mercury Prize nomination for their brilliant sophomore album, 1998’s ‘Sunday 8PM’ and their impressive four times Platinum certified ‘Forever Faithless – The Greatest Hits’ adding to a career total in excess of 15 million worldwide. Faithless have graced festival stages the world over, including Glastonbury’s famous Pyramid Stage twice. Globally, they’ve sold out multiple arena runs. The new Faithless album ‘All Blessed’, their first studio LP in 10 years, is out now on BMG and has been winning rave reviews from press and fans alike. ‘All Blessed’ charted at No.6 in the Official Album Chart and No.1 in the Dance Album Chart and No.1 in the Independent Album Chart.