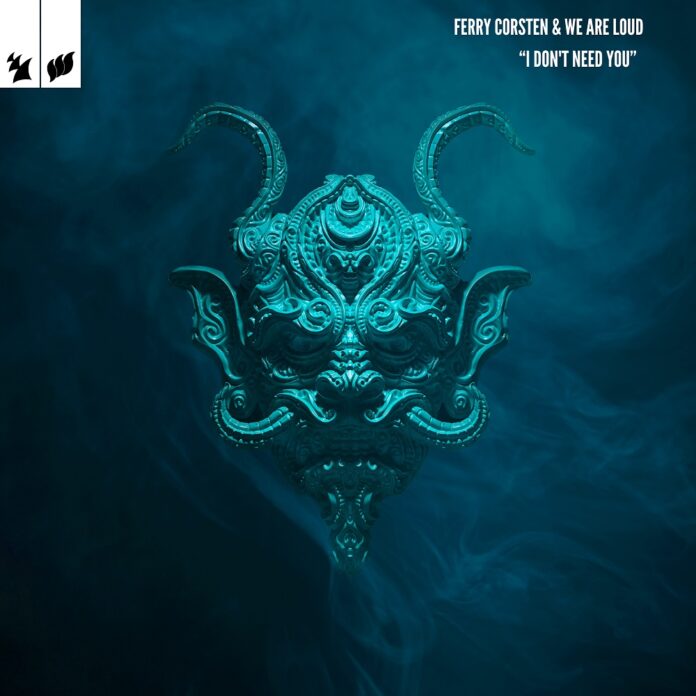 Fresh from using the 700-episode landmark of Corsten’s Countdown to signal the end of the longstanding radio show and the start of a fresh new radio concept called ‘Resonation’, Ferry Corsten has unveiled the identity of – and released – the A State Of Trance-premiered, melodic techno-leaning ‘I Don’t Need You’. Made in collaboration with We Are Loud, the record comes at a perfect time to showcase the heavier side of Ferry Corsten’s arsenal, serving as a preview of what fans can expect from his new radio show.

‘I Don’t Need You Now’ adopts a darker tone, with a growling Reese bass sitting underneath washed-out drones and a skipping lead melody that pushes the track. The vocal gives a lighter tone to the overall atmosphere, as Ferry Corsten and We Are Loud strike a fine balance to create a pumping club track that maintains pop sensibilities.

2020 has seen Ferry Corsten explore the deepest corners of his inspiration, resulting in multiple innovative new projects that have taken him out of his comfort zone. ‘Resonation’, which will give a broader perspective of electronic music by representing a diversity of dance music that ranges from melodic techno to trance and everything in between, allows fans the opportunity to actually SEE Ferry Corsten curate his favorite tracks of the moment every week live via social media and/or listen to him play an even more diverse soundscape, giving insight into the sonic palette that constantly shapes his evolution in sound. In addition, fans are also able to interact and show their support for their favorite records from the show. The most popular weekly tracks from the show will also be promoted via a monthly compilation, released via your favorite streaming platform.