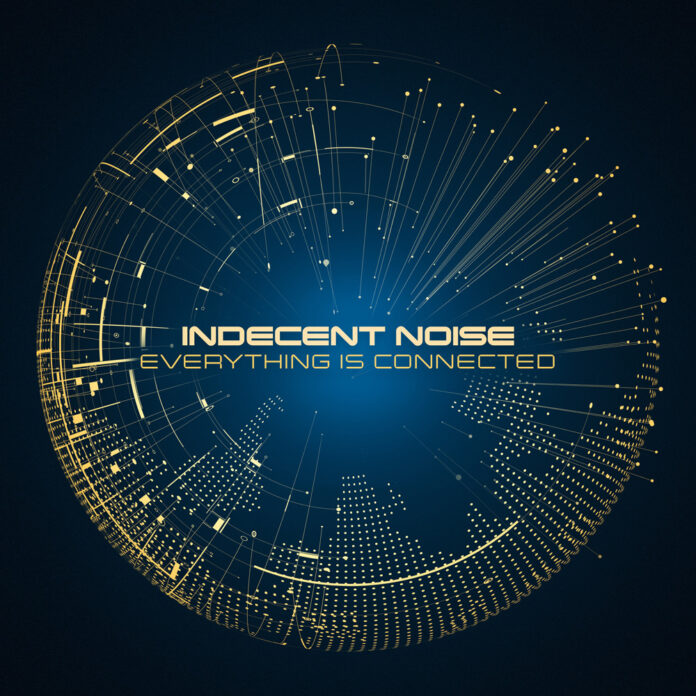 Back to those aforementioned artistic predeterminations then, because (albeit in the less anticipatable of fashions) ‘Everything Is Connected’ explodes many of them. Aleksander’s certainly delivered an album that expands tonally on his known-for remit, but not merely in the deeper/cooler direction. It also climbs ‘north’, (no mean feat when you’re ‘Mr. Acid’) to euphoric summits and further still into hardstyle/core forms.

Not unduly though, Indecent Noise does ringfence a full quarter of his album for his most favoured studio weapon. From the Wink-esque ‘Worlds Collide’ with Lostly, to the squally, stormy ’Kernel Panic’ in collaboration with EverLight, ‘Everything Is Connected’ slides its acidic centre-column into place. Further in, ‘Extractor’ alongside Renegade System turns the bosh-factor up to 11, while ‘Nightmare Fuel’ expounds on the long-dark-corridor-themes of the 303.

Uplifting trance may not be Indecent’s first go-to, but the assured nature of the album’s altitude-grabbing moments speak volubly of his abilities. Early on your foundations get a good shake as singer Noire Lee picks up the mic to send Corey Hart’s ‘Sunglasses At Night’ blazing through the trance prism. There’s also the more chord-and-pad-empowered uplift of recent single ‘Visions Of The Dream’, while Aleksander also delivers a dazzlingly reformation of Jam & Spoon’s classic ‘Be.Angeled’.

The album provides conversely cooler moments too. Its one-two overture is comprised of the scene-setting ‘Brightest Day’, which in turn cedes to the more atmospherically swirling ‘White Lotus’. ‘Lekko’ (the Polish word for light-of-weight) is housed at ‘Everything Is Connected’s midsection, is another pause-for-breath moment, and one that develops pondering poignancy and cinematic ether in equal measure.

The album reserves it biggest punk for its final quarter though, as it draws inspiration from generation-Rave and channels it into three incredible authentic close-out cuts. The furiously fast Acen-esque breaks of ‘Show Me Where To Go’ take it to the fields, the track’s chord soar and most of infectious of vocals sealing its deal. ‘Pictures Of A Gallery’ w/Diver & Ace ups atmospheres with joyfully hammering M1 piano lines, whilst the unambiguous intent of ‘R.A.V.E.’ brilliantly riffs on the riff of Fierce Rulin’ Diva’s ‘Rubb It In’. An album that finally allows Indecent Noise the bandwidth to head in all potential artistic directions at once, ‘Everything Is Connected’ will mean much to most. It’s out through Black Hole Recordings on October 9 and is available through all good sales and streaming platforms 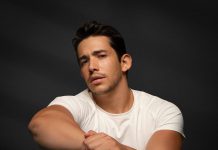