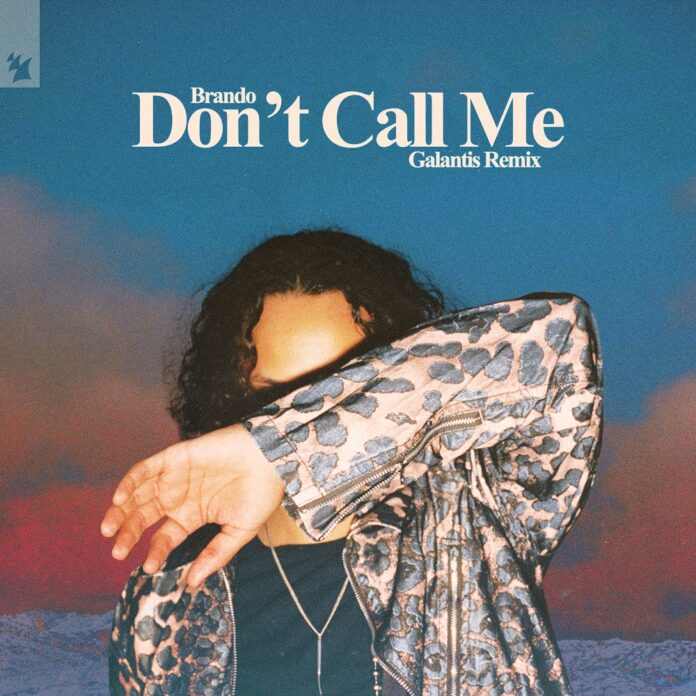 Hot on the heels of his recent collab with BRKYLN (‘London Girls’) and the massive success of ‘Look Into My Eyes’, rising star Brando delivers another one of his mouthwatering creations. This time, the L.A.-based singer-songwriter is turning heads with ‘Don’t Call Me’, another super-infectious addition to his rapidly growing discography.

Released on Armada Music, ‘Don’t Call Me’ is about showing strength and peace of mind during a past loved one’s sleepless nights. “It’s one of the songs I wrote a while back when I was single and kind of jaded about relationships, but I feel like it’s applicable to so many people and their own love lives as well”, Brando explains. “I worked with so many talented producers and musicians on this song, including Avedon (producer of ‘Look Into My Eyes’), Jesse Mason, Ben Samama, and Camden Bench, who also played on ‘Look Into My Eyes’. I’m sure they are just as excited as I am that this song is going to be out there for everyone to listen to.”

Drawing inspiration from the numerous musical influences he indulged in throughout his formative years, California-based Brando was a major force behind Canadian duo Loud Luxury’s multi-million-stream, multi-platinum-selling hit song ‘Body’ (well over 700 million streams on Spotify) and Don Diablo’s ‘Congratulations’ (more than 27 million streams on Spotify), the latter of which shot up the U.S. Mediabase Dance Chart through a surge of radio plays. Even more impressively, his latest single ‘Look Into My Eyes’ spent ten weeks on #1 in Australia’s airplay chart, dethroning The Weeknd ‘Blinding Lights’ as most-played song of the year whilst entering the Spotify Top 200 in Australia, Austria, Germany, Sweden and New Zealand, and clocking up over 30 million streams across the most popular streaming platforms.