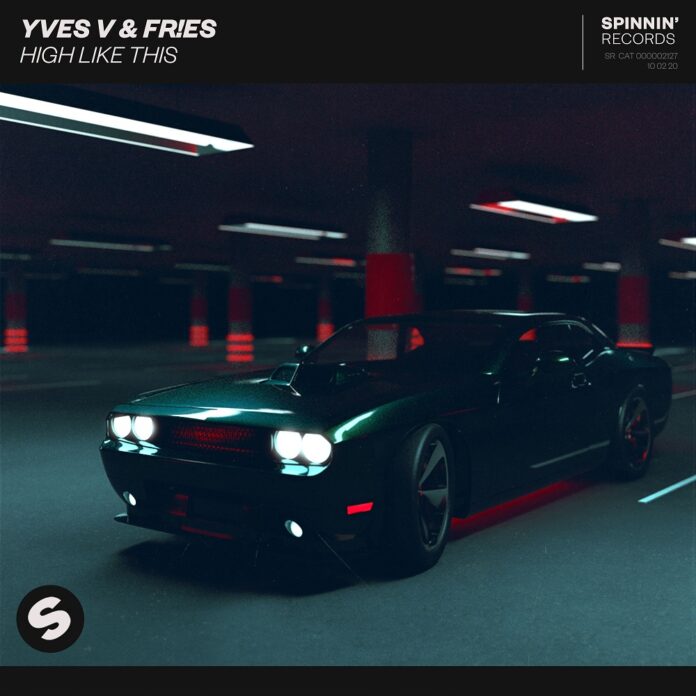 Riding the wave of a strong string of back-to-back singles, one of Belgium’s household names and Tomorrowland mainstage resident Yves V is back with a brand-new release. In collaboration with German sensation DJ FR!ES, ‘High Like This’ seamlessly blends genres, combining Urban signatures with Slap House and hugely energetic rhythms. Known for his high-profile smash ‘We Got That Cool’ alongside Afrojack and Icona Pop that blew up both the live circuit and airwaves globally, as well as recent cut ‘Not So Bad’ that  signalled Yves V into a deeper direction, ‘High Like This’ merges the two artists styles for a unique slice of a darker, further-reaching production.

FR!ES has boomeranged to prominence via his debut, a remix for the well-known VIO Water commercial and a unique sun downer set placing him in the spotlight around Europe for the first time, spinning this collaboration into a catchy, hip-shaking omission. Now, for their first-time collaboration, Yves V and FR!ES showcase their intelligent approach to production by marrying a nod-to-the-streets grittiness, thanks to its raw sensibilities, merged with their white-hot interpretations of the house genre, it is, at its heart, a release that is hard hitting, laden with ricocheting beats that are accompanied by an exquisite bassline. The distortion and high-energy nature of the track results in excitement that builds in a truly intoxicating sense, leaving the listener wanting more.