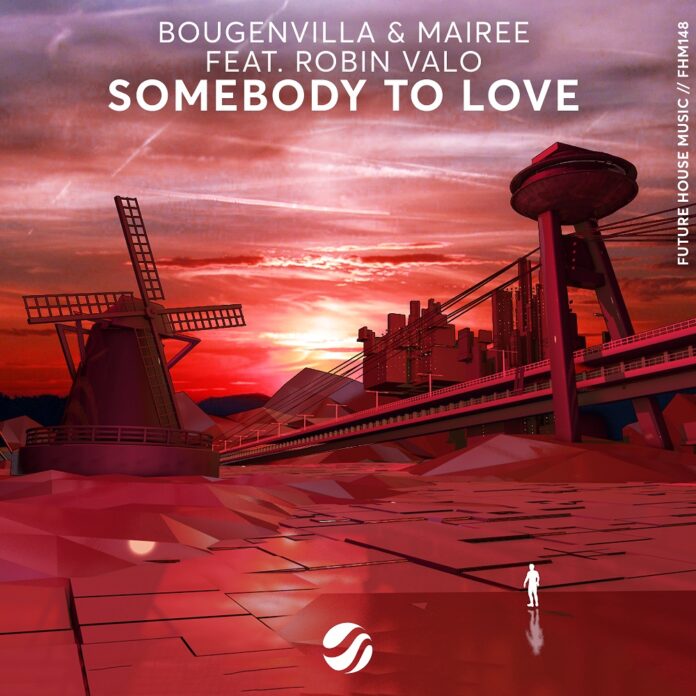 Known for the melodic, yet hard-hitting sound Bougenvilla showcases in tracks like ‘Utami’, ‘Nagini’ and ‘Kendari’, the Dutch powerhouse duo returns to FHM with a new anthem titled ‘Somebody To Love’. This time they teamed up with their Slovakian friend Mairee, who gathered tens of millions of views on YouTube on his shuffling jams like ‘Papapa’. To top it off, the impeccable team joins forces with vocalist Robin Valo, who has a modest but impressive catalog including collaborations with EDM titans Mike Williams and Ummet Ozcan. Robin Valo delivered an energizing topline which perfectly suits the strong and playful tune produced by Bougenvilla and Mairee.

3 years ago, Mairee and Bougenvilla connected through a conversation on Instagram. Bougenvilla was so impressed by Mairee’s production skills that they began working on a track together almost immediately afterward. Mairee played it at one of his club shows in Slovakia, and the reaction from the crowd was unbelievable. He immediately shared a video with Shefida but when Shefida tried to respond, he was unable to make contact.

A mutual friend got in touch, saying that Mairee had been in a serious car accident and might not ever wake up. Luckily, Mairee did wake up, but ended up in a wheelchair. He asked Bougenvilla to take over his shows in Slovakia while he was recovering. After months of recovery Mairee was finally able to get back to his old self. Shefida never left his side through the process. He was always there for Mairee and this formed the basis of a strong friendship. After working on a couple of tracks together, they are ready to unveil their first ever collaboration on Future House Music. They are really proud of the track, and this will be the first of many.