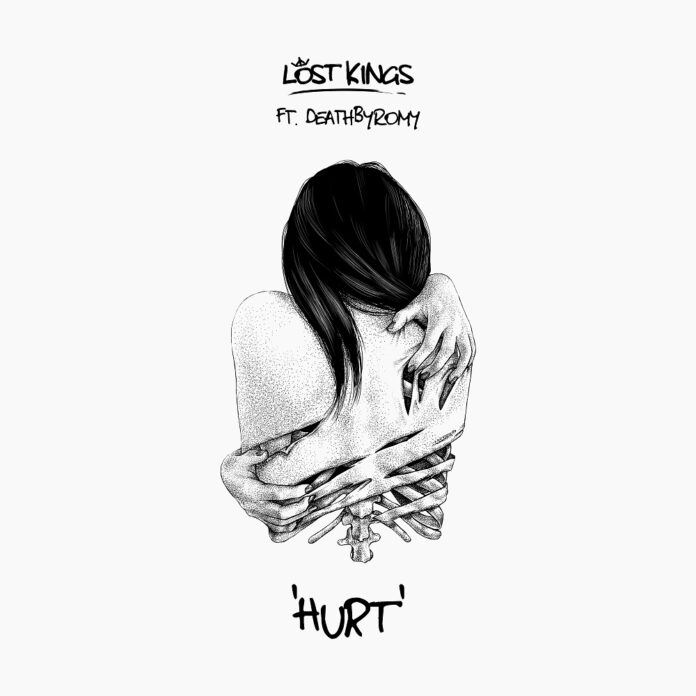 Los Angeles based producers Lost Kings are back with the release of their brand new track and music video, “Hurt” ft. singer/songwriter DeathbyRomy via Disruptor Records/RCA Records.

“Hurt” sees the guys returning to one of the hallmarks of their earliest releases, an up-tempo dance heavy beat.  The production mixed with DeathbyRomy’s powerful rich vocals provide the perfect end of summer jam for anyone’s playlist.  The accompanying music was directed by Kyle Cogan was shot in one take and features dancer Maisy Dunne performing stunning choreography.

“Hurt” is the first track to be released from the duo’s forthcoming EP It’s Not You.  The guys will release additional tracks in the coming months which will culminate with the EP.

“‘Hurt’ marks the beginning of a new chapter of Lost Kings,” says the duo. “These songs on the It’s Not You EP speak to the cycle of relationships that we’ve been through and our fans can relate to. We wanted to touch on people being in love but also wanting to keep their independence. Sonically, we wanted to continue exploring a new frontier while keeping the truest reflection of who we are.”