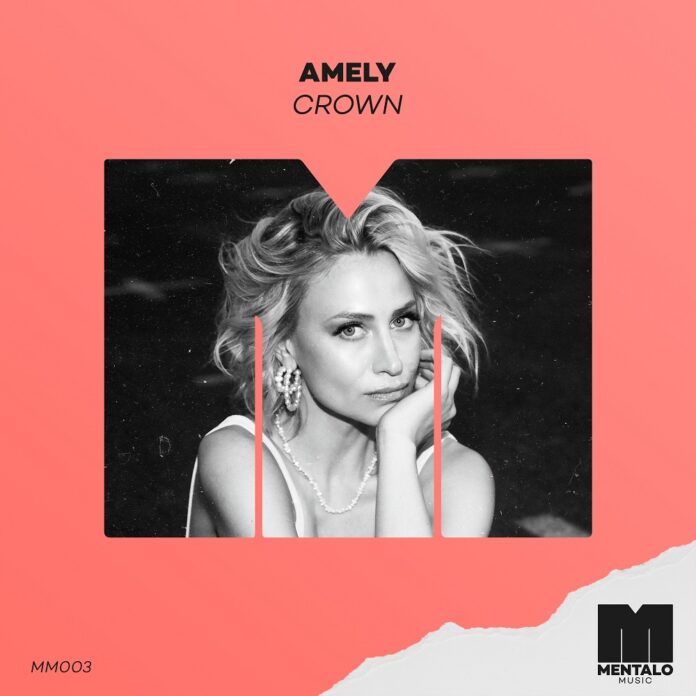 Robin Schulz is proud to announce the latest signing on his newly found label Mentalo Music, Amely. The Berlin-based singer and artist is releasing her new single ‘ Crown’ – uplifting, throbbing dance pop with a strong message of female empowerment, carried by an overall playful attitude and Amely’s warm, yet edgy voice.

In ‘Crown’, Amely reflects on the end of a relationship: “I’m going solo / Chasing my shadows / After all our heights / Got lost in paradise”. Left on her own devices after her partner decides to go solo, she tumbles and falls before picking herself up again over the course of the song, eventually regaining her confidence and claiming back what’s rightfully hers: “Gimme’ back my crown / I’m ruling my own tonight / I’m fire to dynamite / Turn you down”.

Amely has a long-standing connection with music and art: she started playing the violin, singing, writing and drawing when she was a kid. After graduating from school in Heidelberg a few years ago, she wrote the first songs for her own project and other artists, too. Following extensive stints to Australia and Asia, she found herself back in Germany, studying economics and communications in Hamburg whilst working on music and creative projects in her spare time.

When a rheumatic disease jeopardized her master thesis, Amely found relief in traditional herbs and vital mushrooms from a TCM herbalist. Looking in vain for any commercially available vegan adaptogenic product, she teamed up with a team of TCM experts and nutritionists to create her own recipes in order to help other people with similar ailments. Today, products of her own brand YLUMI – founded with her brother after moving to Berlin in 2016 – are available in 160 shops, including Douglas, Flaconi and every big perfume/drug store across Germany, offering approved adaptogenic blends based on traditional Chinese herbs and vital mushrooms in combination with essential vitamins to nourish and elevate body, beauty and mind.

It is exactly that sense of care – both for others and herself – Amely wants to convey through her art as well: “I am a  feminist and love to support other women. I reject this ‘elbow pushiness’ some girls tend to have and I also want women to feel strong and self-determined”, she says. “Self-care is a topic that became really relevant to me. I always have this ambivalent, two-sided vibe in me, so as one part is a strong defender of self-realization and liberty, another part needs security leading me to that slightly chaotic and spiritual being that I am. And that’s totally ok, it’s just important to find your own truth and way of living – no matter what others might think or say.”

Teaming up with various producers last year to create her own musical vision, Amely now sets out to spread her message of love and connect to others through her music. Sharing her own story, she aims to empower listeners to also follow their hearts, no matter what others might think or say.