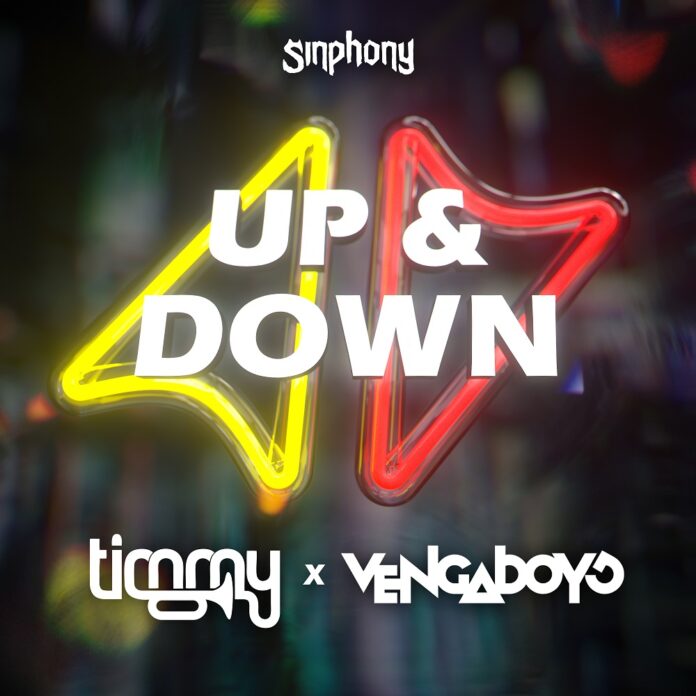 Vengaboys swoop in once again to deliver the soundtrack to the summer! This time around, global DJ sensation Timmy Trumpet is all aboard a brand-new collaboration producing an addictive new rendition.

‘Up & Down’ is one of the most iconic party anthems that continues to span generations. On Tik Tok alone, over 150,000 fan-made videos have been posted including videos by Olly Murs and Jason Derulo.

Even with Venga Airways currently grounded, this year Vengaboys has garnered more than half a billion plays while Timmy Trumpet club hits surpassed 1 billion streams. This is the collaboration we never knew we needed but we’ve been waiting for all our lives.

Vengaboys: “We’ve been following Timmy since his sensational gigs at Tomorrowland. During our Australian tour, we ended up in his studio in Sydney and made a festival version of Up & Down just for fun. We were stoked and immediately could feel it was a hit in the making!”

Timmy Trumpet: “Artists like the Vengaboys shaped the music I make today so when I was given the opportunity to work with such an iconic group I jumped at it. From the very first time I played it in my set the response was so overwhelming we just had to release it!”.

Vengaboys remain Europe’s #1 party act. With multi-platinum pop-dance hits like We Like To Party! (The Vengabus), Boom Boom Boom Boom!! and We’re Going To Ibiza!, Vengaboys has scored seven top 10 hits, has twice entered the UK Top 40 at number 1, and has reached the top of the charts in more than 40 countries.

Timmy Trumpet is the go-to headline mainstage artist at Europe’s elite electronic festivals including Creamfields, UNTOLD and Tomorrowland where he has the highest streamed set of all time on the official YouTube page. Back in April, Timmy Trumpet DJ’d live from his apartment during lockdown in Sydney, which saw over 7 Million fans join in from every corner of the globe.

Up & Down is set to take to the airwaves and your favourite streaming platforms to ignite those feel-good vibes once more, all day long.