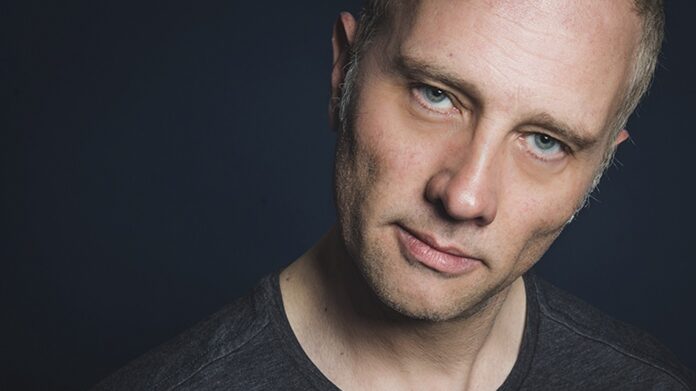 Originally from Spain, although born in Manchester, Paul started playing guitar in his teens and later turned to piano. He discovered Techno music in the late 80’s and began mixing vinyl in the bars and clubs of Madrid and Valencia soon after. Paul has been deeply involved in the London music scene for over a decade- first spinning at underground parties. People started noticing him among the city’s dance music world, and his high energy style garnered attention in the scene. This eventually led to residencies at London clubs The EGG and 333 on Old Street.

Since making the move to London, Paul has focused on producing. His love of pure techno has given way to some huge releases, many of which have found their home on Iboga and IbogaTech Records, including a recent collaboration with Allaby. Their track “I Remember” was featured on the first compilation for Iboga Tech.

Paul is currently in the studio working on his upcoming releases and his techno radio show ‘Magna Frequencies’ will debut on July 28th and he had the pleasure to ask him a few questions below:

1. What is the inspiration behind your music?

My inspiration comes from 90’s techno producers and the new

generation of techno producers, I always pick up something from both, that’s when I start production on my tracks. I feel so inspired with analog synth and old school, like Moog, Prophet 6, and Roland Jupiter, for example. I love working with my Moog Sub37 and doing stuff like drums, melodies, percussion, fxs.

2. How is it like working with the label IbogaTech?

IbogaTech means so much for me. I started releasing my first tracks with Iboga Records. A few years ago, they created Iboga Tech, which is a pure techno label. They are musicians, producers, and DJ’s. They love music and they have passion for what they are doing. I identify with that because I love music and it is also my passion. I can’t live without music; it is the best drugs and universal language. It doesn’t matter where you come from, which language you speak, everyone can connect with the music.

3. What is your favorite track that you’ve done recently?

I’ve recently completed my last EP with two amazing tracks. I love both of them; Let Me Get In and Raw Simplicity. They are like my babies; I don’t know which one I like more.

4. Tell us about one of your most memorable DJ sets.

My most memorable DJ set was at EGG Heroes Party, playing with Christian Smith, COYU, UNER, Format B, Reset Robot, Oscar Mulero and many more. I have really good memories from EGG. The crowd and the ambiant of the club are some things I miss very much. I hope to go back to the clubs soon and feel the dancefloor again.

5. Do you have any other releases coming out this year?

Yes, I finished 5 EPs, which I would like to release on IbogaTech soon. My sound engineer and best friend Matt Allaby, also a really good music producer, is working on the mixing. I’ll maybe release one EP at the end of August or September, let’s see.

6. Can you tell us about your new radio show ‘Magna Frequencies’?

Magna Frequencies Radio Show is my new adventure in music. I had been wanting to do this for a long time, but this was always on the second plan or unresolved tasks. A friend of mine from Ibiza Radio Show offered to do a show on their platform online so I decided to make moves and do it now. I am really nervous and excited too. My first radio show aired on Tuesday 28th July so be on the lookout for the next one.

7. What is your favorite production tool/plugin/feature at the moment?

I have a lot of them, from Arturia VST, Soundtoys, Waves, FabFilters instruments, and Native Instruments. I can’t choose one, in all my tracks there are always a few of my favorite tools, some tracks feature all of them.

Yes, I do. One of them is to get my music in the people’s ears. Increase my social media to 100.000 followers. Make a hit track to release on one of my favorite records labels such as Drumcode, Suara, or Bedrock. Most importantly, it’s to be a full time music producer & DJ, have a residency at EGG or Fabric and play at Tomorrowland Festival, Awakenings Festival and BPM Festival Portugal.