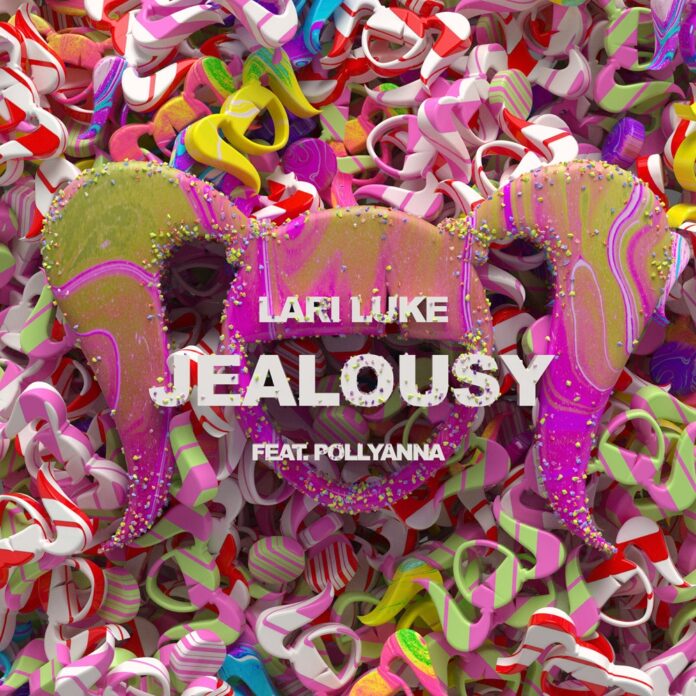 With her previous single ‘Out Of This Town’ with Alida ticking over the 1 million streams mark on Spotify, LARI LUKE follows up with the uber-catchy ‘Jealousy’ featuring Pollyanna, as she looks to capitalise on her recent success. Given her popularity through music and entertainment, the momentum is building for Germany’s LARI LUKE, aka Larissa Rieß, who continues to go from strength in all facets of her career.

A staccato piano sets the upbeat theme on ‘Jealousy’, while the vocal has a fiery, stuttering nature that is full of energy and attitude, guaranteed to hit a nerve from the first listen. The beat is a cacophony of sound, with a halftime beat and gliding bassline, coupled with brass and synthesized elements that you can’t help but move to.

LARI LUKE boasts an impressive amount accolades across music, radio and TV, including hosting a weekly show on German radio station 1Live, so has an impressive record at excelling in anything she turns her hand to, as her burgeoning musical career is testament to. LARI LUKE has remixed tracks for heavyweight artists such as Rita Ora, JP Saxe and Julia Michaels, and has been supported by the biggest names in dance music, including Diplo, as she continues to excel on her new home, Sony Music.

LARI LUKE has previously graced the likes of Rock am Ring, Nature One, Summerjam, Juicy Beats, Parookaville and Lollapalooza, and even through the recent period of no touring, has treated fans to a number of her trademark, high-octane performances, taking in shows for Nature One and Parookaville to name a few, as she continues to tick all the right boxes on her path to becoming a global hit.