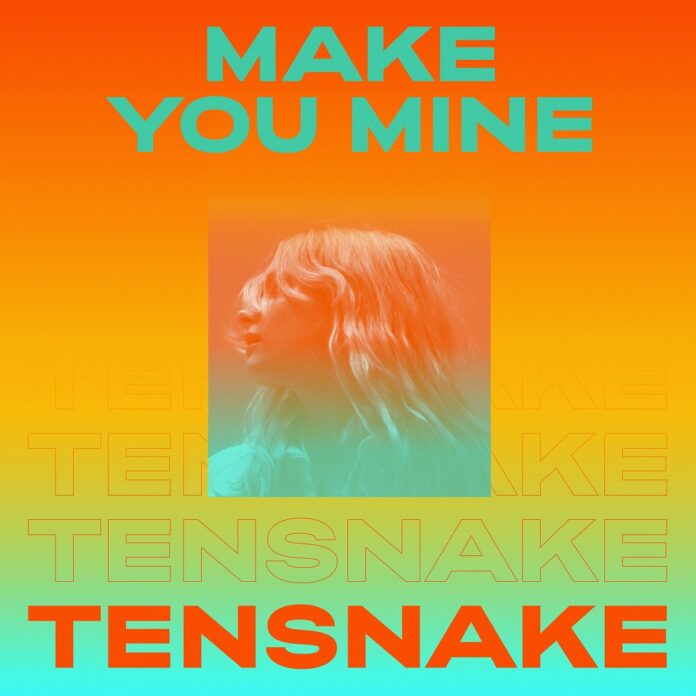 Tensnake has been steadily pushing toward the release of his long-anticipated ‘L.A.’ album, offering up colorful creations such as ‘Rules’, ‘Automatic’, ‘Somebody Else’ and ‘Strange Without You’ to keep the momentum at an all-time high until the album’s release on October 16. And as he enters into the final stretch, the German wonderworker seals the deal with the fifth and most uplifting album single: ‘Make You Mine’.

Upbeat and playful with a pinch of summer love nostalgia, ‘Make You Mine’ perfectly shows how far its creator’s production prowess reaches. Emanating wave after wave of positivity, this effervescent album single is like love at first sight: super-addictive and life-changing.

Tensnake: “‘Make You Mine’ is an homage to visualisation and asking the universe for what you want. This is a fun and uplifting declaration of love set to a ‘90s dance-pop backdrop, which I feel perfectly contrasts the darker and more vibey approach of ‘Strange Without You’ and ‘Automatic’.”

‘Make You Mine’ also comes hot on the heels of various high-profile remixes. In the past few months, Tensnake lent his sought-after remix capabilities to the likes of Dua Lipa, Oliver Heldens, Duke Dumont and Dombresky & Boston Bun, cementing his spot amongst dance music’s finest even further.

After getting his first taste of critical acclaim in 2009 with his ‘In The End (I Want You To Cry)’ EP, Tensnake has been cementing his status as a dance music pioneer every step along the way. The Hamburg-born DJ, producer and label boss secured U.K. chart success with 2010 single ‘Coma Cat’, officially remixed songs from the likes of Aloe Blacc (‘I Need A Dollar’, 2010), Lana Del Rey (‘National Anthem’, 2012), London Grammar (‘Hey Now’, 2014) and Duke Dumont (‘I Got You’, 2014), collaborated with Nile Rodgers, three-time Grammy-winner Stuart Price, Jamie Lidell, MNEK, Fiora and more for his debut album ‘Glow’ in 2014, and snatched up over 70 million streams on Spotify to date. And if the sheer infectiousness of ‘Make You Mine’ and the other four album singles is anything to go by, his ‘L.A.’ album will put 2020 in contention to become another milestone year.

See also  Armin van Buuren joins forces with TikTok sensations The Stickmen Project on 'No Fun'!
Follow us on socials