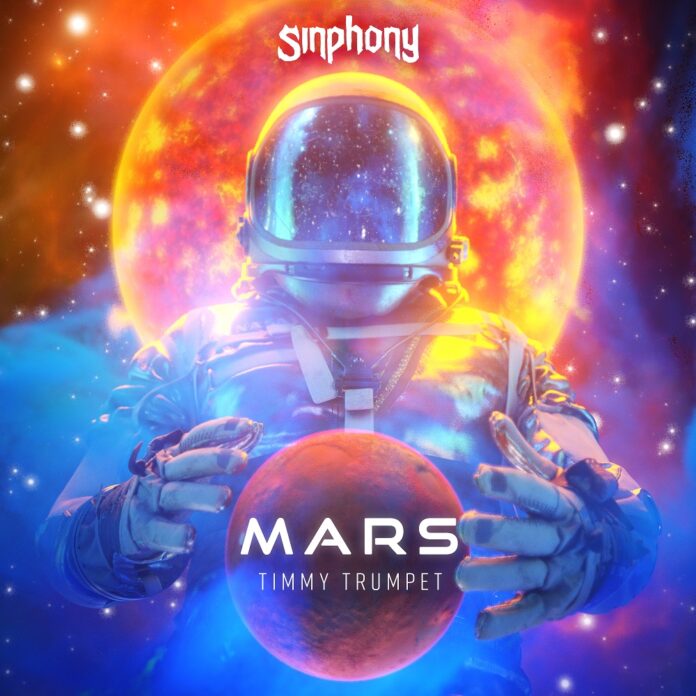 Get ready for the unofficial anthem for 2020…

Timmy Trumpet has a plan to transcend us through space time with a brand-new banger that’s out of this world. On the very next day that NASA successfully launches a rover headed for the red planet, SINPHONY releases MARS, the unofficial anthem for 2020.

“It’s a fucked-up world we’re living in, so I’m on my way to Mars” echoes the lyrics in the opening line. We all know this year has not been our finest moment on Earth, so Timmy has authored a work of art that captures a comical sentiment that entails the need for an intergalactic exit strategy.

The official music video follows the journey of a young Elon Musk with dreams of designing a rocket that will one day leave Earth for Mars. As the years pass by, design after design, his rocket is finally ready, and take-off is a go. But wait, there’s just one problem. The world’s most ambitious engineer has forgotten his childhood teddy bear that has been there with him throughout the whole process. **Disclaimer – it is unclear whether Elon Musk actually has a teddy bear. LOL.

Mars is a fun production unlike anything Timmy has released before. It’s jammed packed with addictive energy, stabbing synths, pounding kicks and beautiful chords. Fans will be happy the hypnotic lyrics and top line melody tastefully lend a touch of familiarity from Timmy’s smash hits ‘911’ and ‘DUMB’ both released earlier this year. Mars is a beast of its own set to thump speakers all over our planet and on its way out of the atmosphere.

Tim’s original releases have so far racked up over 100 Million streams in 2020 with collabs that include R3HAB, Nicky Romero and the world’s number #1 DJ’s Dimitri Vegas & Like Mike. The sky is the limit, or is it??