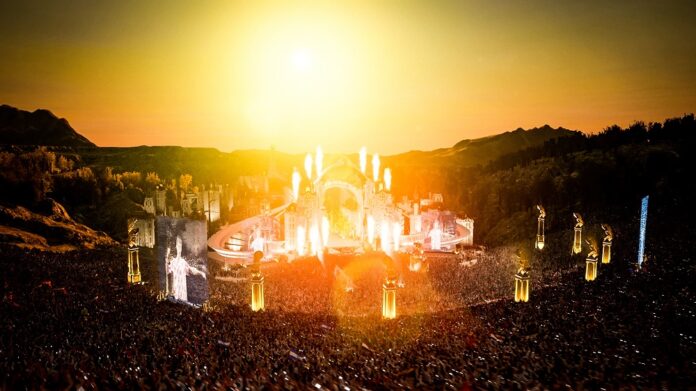 The first edition of Tomorrowland Around the World, the digital festival, took place over the weekend. The brand-new magical world of this spectacular two-day digital music festival experience was not located in Boom this time, but on the magnificent island of Pāpiliōnem. The entire world united again as one – following the COVID-19 measures, without any borders or boundaries – and more than 60 of the world’s most prominent artists in electronic dance music performed their newest tracks on one of the 8 different stages.

This weekend’s highlights in numbers:

Hidden in a virtual library, festival visitors could look for 10 books with quiz questions about Tomorrowland. On average, it took people half an hour to answer all questions. Fun fact: the virtual library is inspired by the magical Nottebohm Room in the Hendrik Conscience Heritage Library in Antwerp.

In addition to its own employees, Tomorrowland also collaborated with the most talented developers to get the digital festival ready in time. The development of such a project usually takes almost 2 years, but thanks to the boundless effort and energy of more than 200 passionate people, the festival succeeded in opening the digital doors of Tomorrowland Around the World for the entire world in just 3 months.