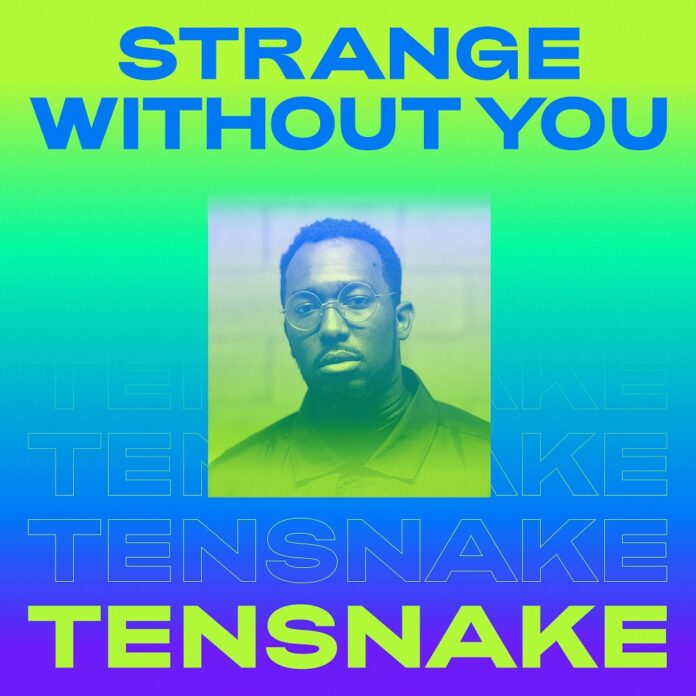 Only adding to the sheer diversity of his L.A. album, Tensnake’s ‘Strange Without You’ is as musically magnificent as you can expect from its creator. With lush background pads, sounds that harken back to his early hit ‘Coma Cat’ and radiant, relatable vocals from Daramola working wonders in tandem with the beefed-up beats, this multifaceted record is tailored to deliver the best possible dance floor experience at any time or place.

‘Strange Without You’ is a very personal song for me”, Tensnake said when asked about the inspiration for the record. “I wrote it after a breakup and the idea was to combine into one song the excitement of beginning a new relationship and the strange emotional state you often find yourself in after a breakup. Daramola captured the vibe perfectly and translated it into a bittersweet love song you can also dance to.”

Daramola, the Nigerian, Miami-based singer, songwriter and music producer who charted on Billboard several times and produced for multiple artists including Grammy award-winning rapper Lecrae, added: “Tensnake sent me the record and I immediately knew where to take it. His music resonated with my sound and my vibe; everything came so naturally.”

After getting his first taste of critical acclaim in 2009 with his ‘In The End (I Want You To Cry)’ EP, Tensnake has been cementing his status as a dance music pioneer every step along the way. The Hamburg-born DJ, producer and label boss secured U.K. chart success with 2010 single ‘Coma Cat’, officially remixed songs from the likes of Aloe Blacc (‘I Need A Dollar’, 2010), Lana Del Rey (‘National Anthem’, 2012), London Grammar (‘Hey Now’, 2014) and Duke Dumont (‘I Got You’, 2014), collaborated with Nile Rodgers, three-time Grammy-winner Stuart Price, Jamie Lidell, MNEK, Fiora and more for his debut album ‘Glow’ in 2014, and snatched up over 70 million streams on Spotify to date. And now with a brand-new artist album in the pipeline, Tensnake is taking all the right steps to ensure that this year will be his best one yet.