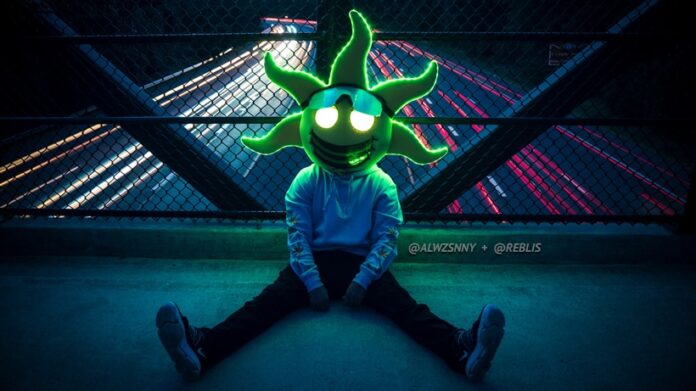 ALWZ SNNY is best known for releases such as ‘Parachute’, ‘Gotta Get That’ and more recently ‘Love Revolution’. His energy through both his productions and sets are infectious and always ensures to have fun in whatever he does, which makes his music the breath of fresh air we all need. We caught up with ALWZ SNNY to find out  a bit more about the man behind the music.

The Original Cancun Cantina, its a club outside Baltimore with a super cool lay out! I am actually going to be starting a DJ residency there once they are able to open up.

Echostage in Washington DC. It’s ranked one of best clubs in the world and it’s about 15 miles from where I grew up. It would be a dream come true to play there.

My first childhood friend who I am still friends with to this day, his name is Sergio. The day we met, his tricycle was stuck in a puddle, probably no more than a foot long. However as kids, the puddle looked huge to us. I told him, “I’ll help you get out”! I ran and gave him a push out of the puddle, and we have a been best friends since.

CDJ, it’s what I first learned on, so it is just what I’m more comfortable with.

Ibiza, I love traveling internationally. I have never been there but from everything I have heard and seen, it looks like paradise!

It has to be when I received a fake email from Dre London (Post Malone’s Manager). I follow him on IG and engage with his posts. So when I got an email from a gmail account stating it was him; I really believed it was because I had been manifesting it. I was so excited and called all my friends and told them. About 10 minutes later it starting hitting me that none of it made any sense. I realized it wasn’t really him and just an internet troll messing with me.

Marshmello, more than anything, he is just one of my favorite producers ever. I love how his songs just tell stories even without lyrics.

Accidentally dragging the new song over the currently playing one! There is no way to play that off! It’s sounded so bad!

Favourite release of all time?

My all time favourite release was my first song, Parachute, featuring one of my best friends, Sincerely Collins. It was my introduction of SNNY to the world. I put so much time and energy into taking what was a mere thought, and turning it into a real thing. That songs means so much to me.