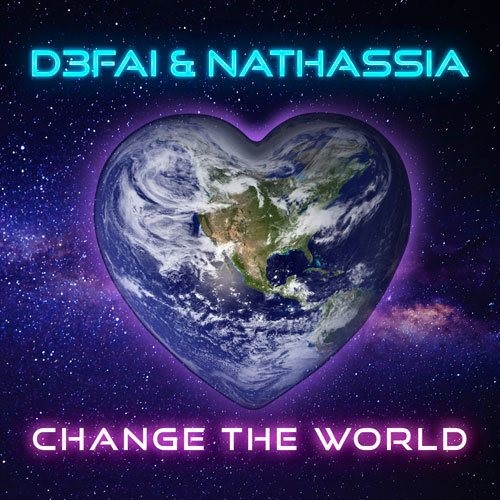 Electronic music artist Federico Fragala a.k.a. D3FAI (Revealed, Spinnin’, Dim Mak, Ensis) has been making a big name for himself in recent years with support from the likes of Tiësto, Afrojack, David Guetta & Steve Aoki. With official remixes for Hardwell and a collaboration with Blasterjaxx, along with global touring his future is bright.

Nathassia (pronounced Natasha) being half Dutch & half Indian, emanates a uniquely mesmerising quality. Her vocal style, music and live performances bring together both eastern and western cultures in spellbinding style.

“Change the World” was born as a positive message for every one of us, with a strong and direct message, delivered by the great vocals, which are present on the break but also on the drop part. On the break , we have a sublime mixture, where vocals, piano lines and background layered pads are creating a sensational atmosphere, just to be followed by a main stage rave melody, D3FAI signature! What surprised me was the drop, because of the combo between a raw , mean acid arpeggio and that heavy techno groove, which hits you in the chest like a truck! But hey, that was a very nice surprise !

Overall this is a solid production that really needs your undivided attention.