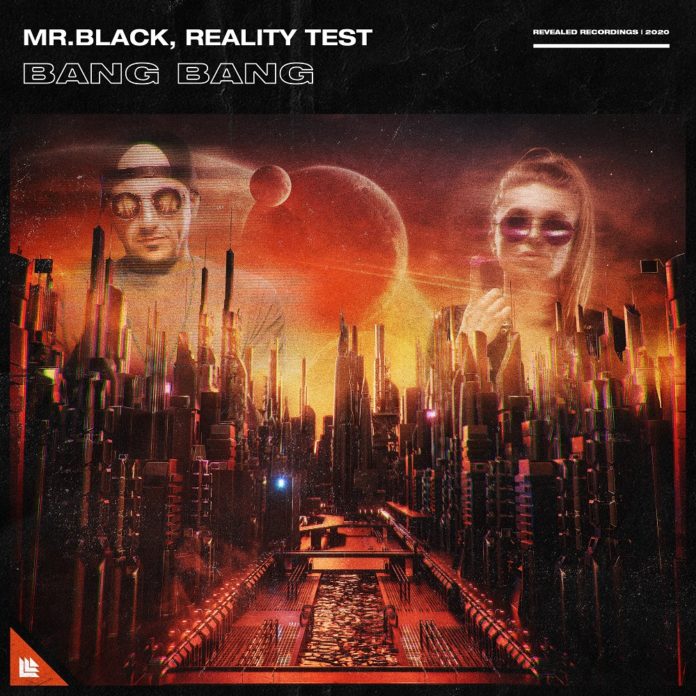 Israeli producer MR.BLACK is a name familiar to fans of Revealed Recordings, having released standout singles such as ‘Do It’, ‘Maya’ and ‘Zoom Zoom’ on the label, and he teams up with Reality Test to showcase his unique, hybrid signature sound again with ‘Bang Bang’, the second release taken from his upcoming album ‘Hybrid’. MR.BLACK has been busy during the lockdown period, dropping ‘Heroes’ with Pangea in April, and also recently launched a virtual world tour to bring his high-energy party vibes to fans from the comfort of their own homes.

The track kicks off with beautiful piano chords and a chic, auto-tuned vocal that sets the tone for the rest of ‘Bang Bang’. A fast-paced, psytrance bassline pushes the track on, interspersed with synth leads, vocal snippets and clever use of samples which combine to keep interest levels peaked throughout.

MR.BLACK has a fine catalogue of releases over recent times, and has seen music supported by the likes of label boss Hardwell, W&W, Timmy Trumpet, Blasterjaxx and Fedde Le Grand. ‘Bang Bang’ is set to continue in the same vein, as MR.BLACK and Reality Test continue to shine bright.

“This is the second single from my upcoming album ‘Hybrid’, this time I’ve collaborated with my good friend Reality Test. The combination between us was very fruitful during this weird and uncertain period of the quarantine.

We managed to get the best out of each other with the drive that both of us brought and made us feel like we’re in regular and positive times and almost forgot we’re in a middle of a world pandemic. What started in writing and composing on a phone call ended up with the complete track.

I’m super proud of this one and hope you’ll like ‘Bang Bang’ as much as we do!”