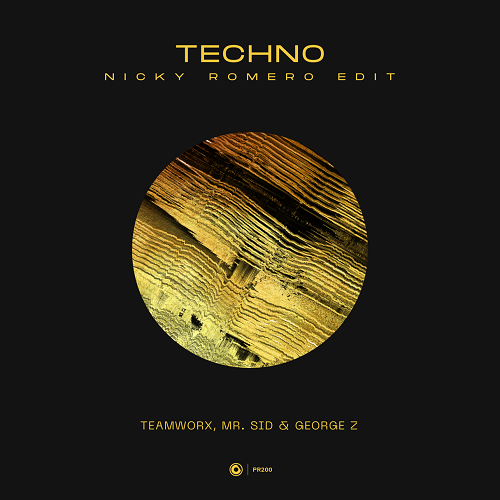 Teamworx returns to Protocol Recordings to celebrate a massive milestone with the label, their 200th release.This time they unite for the third time with label-boss Nicky Romero for a mind-blowing festival-ready anthem ‘Techno’. Nicky Romero already played the edit in his special Avicii Tribute set and during his Tomorrowland United Through Music live stream. It marks Teamworx third track on Protocol in 2020, as they released “We Are Lost” with MR.BLACK and more recently “Just Like That” with Umut Ozsoy. This is their third track in which Nicky Romero is involved as they previously had 2 successful collabs on “Deep Dark Jungle” and “Champion Sound”. Mr. Sid & George Z already teamed up with Teamworx on their track “Louder” in 2019.

Teamworx: With multiple releases such as brand-new collaboration with Nicky Romero, releases on Protocol, Universal, Spinnin’ and more and major festival slots lined up in the last festival season, it is safe to assume Teamworx are one of Israel’s most prominent exports in 2019. Far from a short and lucky strike upon the industry, the uber-talented pair show no signs of slowing down and are putting all of their efforts into becoming the hottest act of the decade.