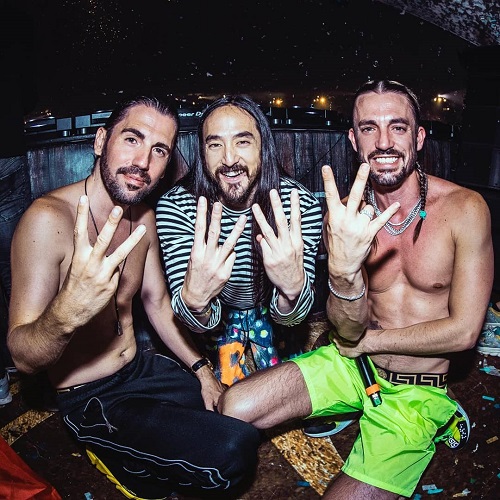 Dimitri Vegas & Like Mike have a long running history with good friend Steve Aoki under their 3 Are Legend alias, exciting fans with performances at Tomorrowland, Creamfields and Ultra Music Festival, and more recently at last year’s Untold Festival. The power trio combine once again for the huge ‘Raver Dome’. Drafting in the production talents of Dutch prodigies Justin Prime and Sandro Silva for an uplifting anthem that is set to raise spirits worldwide upon its release, ‘Raver Dome’ follows on from previous hits such as the 3 Are Legend remix of Dimitri & Like Mike’s epic ‘Crowd Control’ phenomenon, and 2019’s ‘Khaleesi’, which stands at over 5 million streams on Spotify alone.

The track centers around an instantly memorable melody, which is quickly joined by vast harmonics on the breakdown that help to establish a wall of musicality that fills the sonic space and provides an euphony that is both uplifting and guaranteed to get the party into full gear. The drop sees the introduction of a heavy, distorted kick that propels the track forward with added venom, ensuring that fans will be moving to the beat wherever they happen to be listening. You can check out the single below!