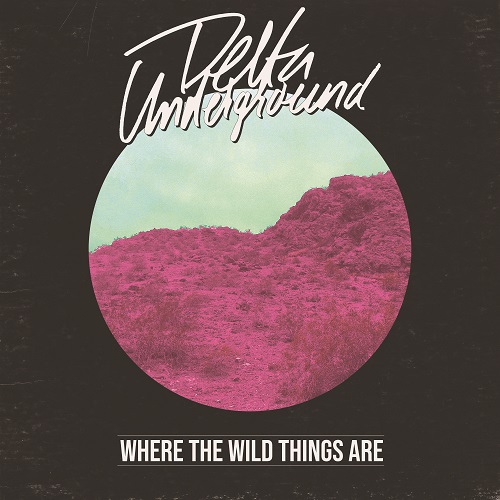 The collaboration began shortly after both had relocated to L.A. – Alsop from Toronto and Scala from his native New York. The two began writing together regularly in Alsop’s valley-based studio and bonded over a love of “classic pop” – Prince’s sonics, Bowie’s other planets and U2’s higher mission.

However it wasn’t until they, along with frequent collaborators Will Wells (Logic), Marcus Miller (OneRepublic), and Kristian Attard (Zedd, Khalid), gathered for a songwriter’s retreat arranged by Scala in a medieval castle in Tuscany that the seeds for Delta Underground were planted. Stepping out of the traditional studio space, the group explored the region and ancient villages with a few instruments and a small recording setup and songs began to emerge about far-off places, imaginary realms, adventure, and liminal spaces in-between dream and reality.

It’s here that Delta Underground’s first single “Where The Wild Things Are” finds its inspiration. The song evokes images that hint at darkness but also excitement and lands in a chorus that refrains “You can always come with us”. An invitation to adventure. This place isn’t dangerous, and these creatures aren’t a threat – they’re here for a good time and they want you to join in.

Scala and Alsop continued to hone the sonic palette created in Italy over the coming months and the project’s momentum grew as the group began playing hybrid live performance/DJ sets around Los Angeles. Show highlights include Lighting in a Bottle Festival, Wisdome LA and an official Grammy after-party hosted by Warner Music and Affinity Nightlife with special appearances by “Sexy Sax Man” Sergio Flores and Jacob Scesney (Mike Posner).

In 2020, the group will release several more singles as they continue to work toward their debut full-length album in Alsop’s Charlottetown, PEI based studio and plan to announce upcoming tour dates shortly. They also remain active in a variety of humanitarian projects through Scala’s Foundation for Youth, helping to build schools and providing mental health support, disaster relief, and programming for undeserved youth in the US, Canada, and abroad.