ADE 2018 is only weeks away, and that means one thing for Nicky Romero and his Protocol Recordings crew: the countdown to the label’s biggest party of the year is officially on! Protocol is gearing up for their ADE showcase on October 17th at Melkweg with the release of two “Protocol Lab 2018” EPs. Part 1 is out now with a variety of music from FaderX, AYOR, Funkybeat & Steve Hartz and Tim van Werd. Each track displays a different genre of electronic music, beginning with FaderX‘s signature upbeat and melodic sound on “We Found Love.”

AYOR brings the party with his heavy-hitting, rump-shaking club track “Booty,” which is the mysterious producer’s second release on Protocol after “Trap Like” with Teamworx. Next up is “Runaway” by Funkybeat and Steve Hartz, a lighthearted, disco-inspired tune that serves a nice juxtaposition to the rest of the EP. Protocol throws it back to their original sound on Tim van Werd‘s vocal progressive house gem “Break the Night” to close the EP out, which is guaranteed to leave you in a party mood. Luckily, tickets to the Protocol ADE showcase are on sale now here.

Part 2 of Protocol Recordings’ “Protocol Lab 2018” has just been released and it features productions from Futuristic Polar Bears, Antoine Delvig, Mosimann, Charles B and Timmo Hendriks. You can check it out below and get ready for a massive party at this year’s ADE!

See also  Festival Report Reveals Most Booked Acts of the Season – Electronic Artists Are in the Lead ! 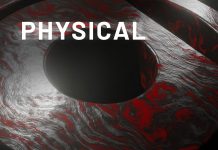