It’s official! KSHMR’s collaboration with Dimitri Vegas & Like Mike, called “Opa” will finally be released. After being teased about two years ago, the track will finally see the light of day in the summer. The announcement was made by the Indian producer via Instagram live, even though he did not reveal the official release date.

However, you can stay tuned, if you want to know more!

Martin Garrix announces collaboration with U2 ! 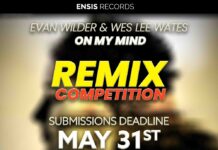 You are invited to a new Remix Contest !

Martin Garrix announces collaboration with U2 !

Tungevaag talks about his latest release “‘Young Summer” and his future...

‘BACK FOR MORE’: STONEFACE & TERMINAL’S GUNDAMEA SERVE THEIR NEXT FOR...