In his 7th release, J-Hamz, classically trained pianist and electronic music producer, shows off the winners of his third remix contest with Digital Empire Records, for his original track, “Keep On Lovin'” featuring lyrics and vocals by Jesse Peters. The result of a truly international collaborative effort, the EP features remixes by producers in Canada, the United States, Germany, Japan, and Russia. The first place winner by Frowny Biscuit in particular stands out, for its totally unique, warm sound and summery innocence, which is sure to have broad appeal to both electronic music fans and other audiences alike.

This follows the success of J-Hamz\’ recent \”I Stack Up Remixes\” EP, the 1st place winner by Ready Or Not was featured in the #5 spot on Showtek\’s Favorites Spotify playlist, and the EP peaked at #7 in the Beatport Electro House release charts. His \”I Stack Up\” EP, containing 3 original tracks, was a Beatport Staff Pick and hit #3 on the Electro House release charts.

His \”I\’d Do Anything\” original mix and remixes EP, featuring lawyer/actress/vocalist Michelle Molineux, received airplay on 110+ college FM stations with multiple top 10 CMJ Electronic Music chartings, and was nominated for Electronic Recording of the Year at the 2017 Edmonton Music Awards. \”Until The End,\” also featuring Michelle Molineux, was a Beatport Featured Track, and peaked as Calgary label OTW Recordings\’ #2 seller.
First place winner Frowny Biscuit astounded us with his totally unique, warm sound. It feels like a summer day. Simplicity, love, and innocence shine through, until a surprisingly ominous finish. 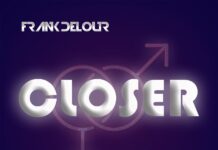