Well, it looks like The Chainsmokers aren’t planning on slowing down any time soon. After releasing their first track of the year last month, which was called “Sick Boy”, the guys are now back with a new single, entitled “You Owe Me”! This one is another track that strays away from The Chainsmokers’ usual sound, but so far fans seem to like it!

Now you be the judge. Listen the track below and let us know your thoughts on it! 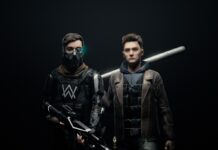