Groundbreaking producer and technological advocate, Gramatik, raised the maximum amount of $2.48 million (7500 ETH) in under 24 hours during his GRMTK token sale in Zurich last week, as he became the first artist in history to ‘tokenise’ his intellectual property. A packed crowd at X-TRA in Zurich witnessed the historic moment as Gramatik, alongside SingularDTV, launched the GRMTK token, creating a new model for funding and artist-fan relationship. The GRMTK token represents the intellectual property of Gramatik, with those purchasing tokens entitled to a share in the revenue of his work as he produces music and scores films.

25% of the total tokens were released in the token sale, and sold-out within 24hrs, hitting the maximum contribution amount of 7,500 ETH ($2.48 million) and putting the total value of his burgeoning GRMTK Entertainment Economy at $9 million, in a revolutionary move for artists in both the music and blockchain spheres.

Now that the world has seen the fundraising potential of artist tokenization, Gramatik is confident that the world-beating stars and luminaries of the music world will have their interest piqued. 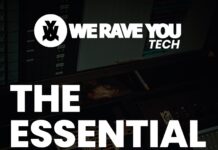