Polish artist BLINDERS has been making a big name for himself recently with releases like his Protocol Recordings EP Two Sides, building on the impressive platform he built with Riffter on Doorn Records / Spinnin’ Records, his remix of Axwell’s Center Of The Universe and many other hits. David Guetta, Hardwell and of course Martin Garrix are all big fans — the latter fandom explaining how his new track Snakecharmer is coming out on the prestigious STMPD RCRDS.

One listen to Snakecharmer makes it clear that BLINDERS is a hugely exciting talent who embodies the spirit of the new generation of producers. In the space of a few minutes, you’ll hear his chunky house groove peppered with influences from hip-hop, dubstep, Asian music and more. It’s freeform electronic music that dismisses straightforward genre categorisation, shape-shifting every 16 bars into a new direction.

From resonant bass and tribal percussive rhythms in the intro, the track builds with pitched rap vox and hammering builds until the stomping house groove is unleashed with rumbling bass and the haunting chopped-up flute riff. The kick pattern morphs into a breakbeat for the next section, and the track continues to switch between this multitude of rhythms. The production is immense and sounds unreal on a big sound system.

After Garrix has been supporting Sirene in almost every set he’s played since he received it, it’s fitting that BLINDERS now joins the STMPD RCRDS family. We look forward to hearing how he could ever possibly top this huge track. 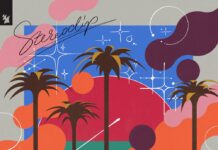 Stereoclip reflects on ten years as a producer with third artist album: “Echoes”! 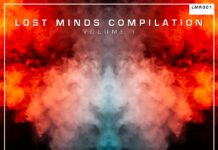