EDM Nations
Home Interviews Two Friends speak about their journey up until now, their upcoming Los...

Matt Halper and Eli Sones, which together form Two Friends have been making waves in the dance music industry for quite a while. The guys have continued to impress with their original productions, as well as with their remixes and have quickly became one of the most promising dance music duos of 2017. Tomorrow, they will be playing at the debut Dial It In event in Los Angeles and for this occasion, we’ve had the chance to have a little chat with them.

If you want to find out more, you can check out our exclusive interview below!

1) Hello guys. How have you been lately?

Been great! Really cannot complain— been working on a lot of exciting stuff this week and really looking forward to the shows this weekend.

2) So, let’s begin. You’ve already been in this industry for quite a while. How has the journey been for you up until this point?

It’s definitely been an extremely fun journey, and we’re lucky that we’re each able to do this with our best friend. We grew up together in Los Angeles and even though we met when we were 12, it wasn’t until the very end of high school that we decided it could be fun to make music together. The past six years have been an amazing adventure. We’re really excited for what’s ahead, and we have so much to be grateful for. It’s pretty crazy that what originally started just as “Hey, you’re my best friend, let’s mess around with music and see what happens” has turned into our careers and taken us all over the globe. We try to never take that for granted, and work as hard as we can to take advantage of the opportunity we have in front of us.

3) From your point of view, right now, what is the one thing people would be surprised to know about you?

See also  This Week Exit Festival Will Be The First Major Festival of The Summer In Europe!

We order the same exact salads from the same place pretty much every single day we’re in the studio haha. But musically-speaking, maybe that we graduated college two years ago but neither of us majored (or minored) in anything related to music. Matt did Product Design, and Eli did Human & Organizational Development.

4) You’ve recently released a brilliant remix for The Chainsmokers’ „Break Up Every Night”. Can you tell us more about your rework?

Thank you! It’s been awesome getting to know Drew & Alex from The Chainsmokers over the past few months- good dudes making good music. And when the opportunity to remix Break Up Every Night was presented, we knew it would be a great song to try to put our own Two Friends spin on- the vocal lent itself to some fun re-imagining. Matt whipped out the guitar, we had our friend Dave record a quick little sax part, and it all fell into place.

5) Typically, how long does it take you to make and perfect a remix/track until you’re ready to release it?

It really depends. In general, remixes are wayyyyy faster than originals, just cuz you already have the vocal to work with, and we typically already have a rough blueprint for how we want to re-work it whenever we take on a new song to remix. For original songs, you’re working with a totally blank canvas, which is of course challenging, but at the same time extremely fun and rewarding— going from writing a song in our basement studio to playing it at shows and having people sing along at the top of their lungs is a pretty special feeling. For remixes, I’d say they typically are in the range of two to six weeks, and for originals, the quickest ones have been only a few months, but sometimes the initial ideas actually get started two or three years before it’s finally done. But it’s not like we’ll work 24/7 on those individual songs for the entire two years haha- we’ll bounce around between a lot of projects simultaneously, or put it on the back-burner for a bit, or go through several re-imaginations.

6) We’ve seen that in just a few days, you will be performing at the debut Dial It In event in Los Angeles. What should we expect from your show? (tickets for the show are available here)

So excited for this one. As we mentioned we grew up in LA (and we still live here now) so it’s always special playing here- nothing better than being able to have all our friends and family join us and get to see us do what we love. In terms of the show, I think one word that could best describe it would be: energy. Of course a ton of Two Friends music, some fun bootlegs and edits, a lot of feel-good vibes, and overall just a night full of energy.

7) Aside from this, what else do you have in store for the following months?

It’s definitely an exciting time- we’ve been writing and working on a whole boatload of fun stuff, and we cannot wait to share it all with everyone. Doing a fun little remix next week, then we got our next single coming in the middle of November (which we are insanely stoked for), and then a TON of more music in the pipeline. And on the touring side, we’re also very pumped for some of the upcoming shows in some new cities. 2017 has already been an amazing year, and we’re excited to keep all the momentum going into the new year and beyond.

8) We have one final question for you. With 2017 being almost over, can you tell us what has been your most memorable moment of this year?

That’s a tough one. I’d maybe say releasing the Out Of Love EP at the beginning of the year. It was a great way of showing what Two Friends is all about, which is how we wanted to come out of the gates to start this past year, and we’ve been humbled by all the feedback and love so far. Of course releasing our follow-up singles Emily & While We’re Dreaming was also extremely memorable, but, especially since it was at the very beginning of this year, the EP was a big moment for us that helped us know that 2017 would be special.

9) Thank you for your time!

Thanks for having us, can’t wait for Saturday night! 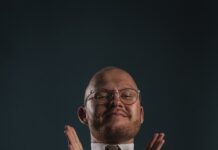 CAZZETTE are talking about their newest release and future plans ! EDM Nations Interview ! 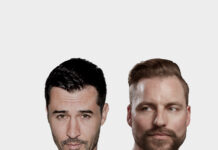 Yves Larock & Steff Da Campo are chatting with EDM Nations about “Rise Up” and future plans ! 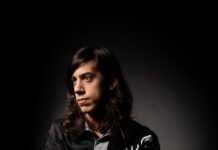 Facebook is planning to rebrand the company with a new name...