With the combined skills of Grammy-award winning duo NERVO, alongside highly appraised Spanish DJ and producer Danny Avila, it’s no surprise that people have gone crazy for their hotly anticipated new collaboration, Loco.

The last four years have seen Danny Avila rise from bedroom producer to international star. After being picked up by the likes of Tiesto and Calvin Harris, the 22-year-old has gone from strength to strength, landing residencies in Las Vegas and Ibiza, touring across Asia, North America and Europe and counting three compilations to his name including ‘Ministry of Sound Presents: Danny Avila Live’ and ‘Ibiza Calling’.

Olivia and Miriam Nervo rose to fame after winning a Grammy award for writing David Guetta and Kelly Rowland’s hit When Love Takes Over. Since then, the Australian duo have only got better, writing for artists such as Kylie Minogue, Afrojack and Steve Aoki. The pair have played at some of the biggest EDM festivals in the world such as Tomorrowland and Lollapalooza, and gained great success from chart-topping debut album, Collatoral, released in 2015.

This track just received its own music video and you can check it out below! 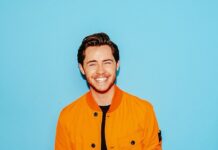 Nicky Romero Brings Back Festival Memories With New Single “Back To You”!